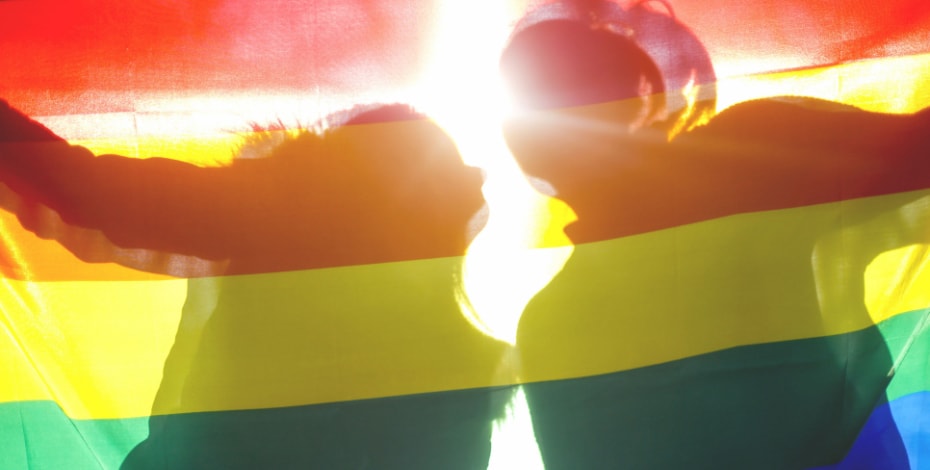 People who identify as LGBTIQ+ can experience challenges when attending physiotherapy. Megan Ross discusses the research.

Why did you think it was important to do this study?

We know that the LGBTIQ+ community experience signiﬁcantly poorer mental and physical health when compared to the general population. Research has investigated experiences with nursing and medical professions, but how people who identify as LGBTIQ+ experience physiotherapy had not yet been studied, anywhere in the world. We considered that while there are similarities between physiotherapy and other health professions, it is likely there were barriers unique to physiotherapy due to the innately intimate nature of our profession (eg, undressing, observation and touch being common practices).

How did you collect the data?

We developed an online survey that people who identiﬁed as LGBTIQ+ and had been to see a physiotherapist in Australia could ﬁll out anonymously. In the survey, we encouraged participants to provide as much detail as they felt comfortable with about how they felt during consultations, situations that made them think about their gender and/or sexuality, whether they discussed their gender and/or sexuality with their physiotherapist, and whether their physiotherapist assumed anything about them.

How diverse was the study cohort?

Very. We had 108 participants between 19 and 75 years of age who identiﬁed with over 13 genders and 15 sexual orientations. Participants were from a range of metropolitan, regional and remote locations, and had an array of different living situations, household incomes and education backgrounds.

What are the experiences of the LGBTIQ+ community attending physiotherapy?

People who identify as LGBTIQ+ can experience challenges when attending physiotherapy. Almost all participants said their physiotherapist had assumed their gender and/or sexuality or their partners’ gender identity. These unconscious heteronormative assumptions can unintentionally result in feelings of invisibility for LGBTIQ+ people, and incorrect use of gender pronouns can be distressing for transgender people and other people with non- binary gender.

Participants expressed discomfort about physical proximity, touch, undressing and/or observing the body. For some, speciﬁc concerns about exposing their body were related to the fear that their biological sex may be revealed, or when they didn’t ﬁt the binary gender-norms.

Participants reported overt and implicit discrimination as well as a fear of discrimination. In order to avoid judgement, participants at times withheld personal and/or health information that may have been important for their wellbeing (generally, and also may have improved the care the physiotherapist was able to provide them with).

Some participants reported feeling like they had to educate their physiotherapist. Consistent with other areas of healthcare, our study supported diversity training for physiotherapists in LGBTIQ+ speciﬁc health issues (particularly transgender health) to move towards greater trust for physiotherapists and their clinics to be considered safe spaces.

Did all people who responded have the same experiences?

No, deﬁnitely not. While we did identify four main themes across all responses and all participants had experiences relating to at least one of these, each individual’s experience was unique. Within the ﬁrst, third and fourth themes, there were both negative and positive experiences. For example, while many participants were frustrated or upset by ‘assumptions’, when transgender participants were assumed to be the gender with which they identiﬁed, this was a positive experience. Similarly, fearing discrimination was not an issue for all LGBTIQ+ people; some spoke about how comfortable they felt discussing their lives with their physiotherapists.

How could those experiences of physiotherapy be improved?

As well as identifying what the experiences were, we also wanted to look at how negative experiences with physiotherapy could be improved for individuals who identify as LGBTIQ+. We provided a list of potential ways, and the most well supported were diversity training for physiotherapists, education speciﬁc to LGBTIQ+ health issues (particularly transgender health) and open options for gender provided on intake forms.

Were you surprised by any of these responses?

I suppose not really surprised, but something that I think many people may not have considered is the ﬁnding that the suggestions of displaying a rainbow flag and using gender-neutral language were less well supported. The ambivalence about rainbow flags was related to it maybe being seen as tokenistic, rather than actual understanding and acceptance of LGBTIQ+ people. While gender- neutral language is probably safe, the correct use of gendered pronouns really is afﬁrming for transgendered people.

What are the take-home messages from this study?

The main ﬁnding of this study is that people who identify as LGBTIQ+ can experience challenges when attending physiotherapy. Interactions with physiotherapists and the physiotherapy environment may lack inclusivity, which is inconsistent with national and global policies that advocate for inclusive healthcare. Like any health professional, we have a responsibility to care for the wellbeing of all patients, which includes providing a safe environment to discuss all relevant aspects of their bodies and lives. Improved education of physiotherapists and implementation of participant-suggested changes offer ways forward for improving physiotherapy for LGBTIQ+ people.

Go to journal.physio to access all previously published papers.

Megan Ross, APAM, is a PhD candidate and casual academic in the department of physiotherapy at The University of Queensland. Although Megan’s PhD focuses on foot and ankle tendinopathy, she has a special interest in socio-cultural aspects of physiotherapy.