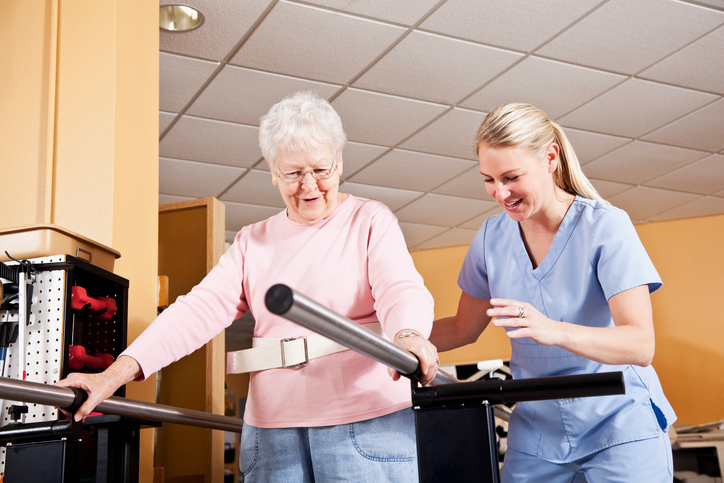 In advance of the reforms, the APA joined with Allied Health Australia and the Australian Pain Society to demand funding changes to enable residents to access clinically-prescribed and evidence-based therapies. This includes exercise managed by an allied health professional such as a physiotherapist which is proven to manage pain, as well help improve independence and quality of life for residents living in aged care homes.

But the Government’s reforms mean residents can only choose from massage or transcutaneous electrical nerve stimulation (TENS) by a physiotherapist in aged care facilities, no matter what their condition.

APA Gerontology Chair Rik Dawson said this ‘blanket’ approach fails to focus on the resident: it does not allow the resident to access the best treatment for their care needs and could be more costly for the aged care system.

'The evidence shows exercise manages pain and improves quality of life for residents in aged care. The review was a great opportunity to introduce consumer-directed reform – recognising the resident’s needs first. But the Government has ignored the evidence and residents,' Mr Dawson said.

'ACFI continues to recognise passive treatment to manage pain causing resident dependence, rather than evidence-based, active treatments such as exercise that promote independence and function.'

A study currently underway by APA member Jennifer Hewitt and her colleagues at the University of Sydney is investigating the health outcomes and economic value exercise has in preventing falls, with promising results due to be published later this year. Currently, residents of aged care homes form about 4 percent the older population, yet the cost of their falls is greater than 20 percent of the total costs of falls to the health system.

'The population of those aged 75 years and older is set to double in the next 20 years, so it’s more important than ever that we have a funding system focused on preventing injury and promoting an active-lifestyle for older people.'

What the APA is calling for:

The APA is calling on the Government to amend ACFI to include exercise as an approved modality that attracts funding for resident living in residential aged care facilities from 1 January 2017.

It is also advocating that ACFI pain management (Q. 12 - 4b) ensures residents receive adequate time with their allied health professional. The APA believes the reform’s 120 minutes is excessive. Residents would see clinical improvement with pain management given four days a week, at 20 minutes per session (80 minutes/week).

The APA will continue to work with the Federal Government on highlighting the needs for further Residential Aged Care Reform.