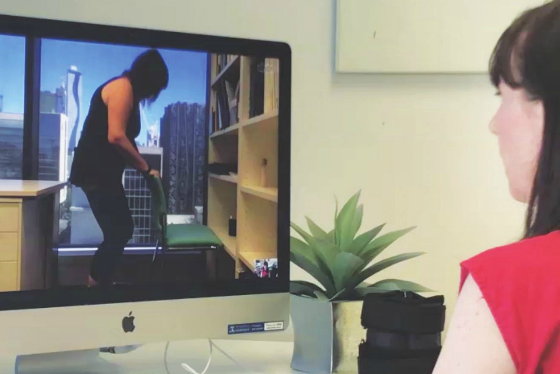 New Australian research released by the Journal of Physiotherapy again shows that governments and private health insurers should facilitate tele rehabilitation as part of the health system. This is another example of the growing benefit of digital health consultations to patients.

The study, conducted at Brisbane’s Princess Alexandra Hospital and The Prince Charles Hospital, showed that tele rehabilitation is as effective for improving exercise capacity, strength and quality of life in patients suffering chronic heart failure as traditional hospital outpatient rehab. Importantly, it also found that patients were much more likely to attend their rehab sessions when they were delivered by video as opposed to having to come into an outpatient clinic.

A group of research physiotherapists in Brisbane, led by APA member Rita Hwang, recently conducted a trial in which people with chronic heart failure were randomly allocated to two forms of rehab. One group of patients attended a traditional hospital-based program while the other group undertook similar exercise from their home, with remote video supervision by a physiotherapist.

The remote video software allowed patients to communicate with each other during the exercise sessions. This was considered an important feature of their tele rehab program as peer support between patients is known to be a strong factor in recovery.

The groups had such similar results that the two methods of delivering rehab were considered to be equally beneficial. However, a bonus of the tele rehab approach was that participants were 2.4 times more likely to participate in their rehab sessions compared to those attending the outpatient clinic.

In light of these new findings the APA again calls on the federal government to use the opportunity of the Medicare Review to allow for reimbursements for digital based health consultations, including group sessions. This will provide a more accessible and equitable health system for older Australians, those living in rural and remote areas and those with mobility issues. It also increases the options for physiotherapists to offer treatment for patients with chronic conditions.

APA National President Phil Calvert also called for immediate action by private health insurers, saying 'It is the time of the year when private health insurers review their arrangements for physiotherapy. They need to recognise the increasingly important health and cost saving implications of digitally-enabled physiotherapy consultations and allow patients to claim for them.'

For further information, the full copy of the research trial article is available here.