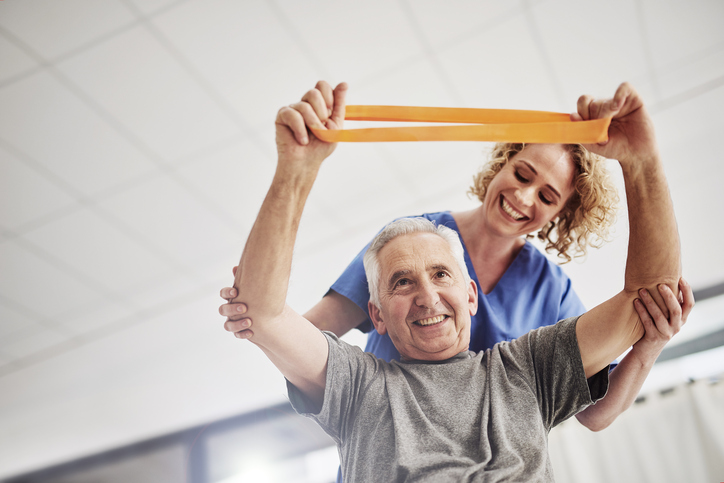 The improved budget and design of facilities for general rehabilitation patients under Transforming Health has been welcomed by the Australian Physiotherapy Association (APA), who say that physiotherapists’ expertise is finally being listened to.

However, concerns remain over the temporary splitting of rehabilitation services.

'We are now calling for absolute commitment from the government and opposition that new purpose-built facilities for spinal and brain injury patients will be built, regardless of any future change in government or economic conditions,' Mr van der Linden said.

Physiotherapists have expressed concerns with the Transforming Health program since it was unveiled, with fears that it would result in reduced capacity of rehabilitation services. Some of these fears have temporarily been allayed with Wednesday’s announcement that spinal and brain injury services will remain at Hampstead Rehabilitation Centre while further consultation occurs.

'Should further limits and lower payment thresholds be introduced, this will ultimately cost jobs in the health and aged-care services. We’ve seen the early market signals over the past week, since the Budget Savings (Omnibus) Bill 2016 was passed, and we fear more jobs may go,' he said.

'In any industry, professionals need to have the right tools to perform their jobs well. Ensuring a more efficient flow of patients through any hospital relies on getting the rehabilitation right. Physiotherapists are critical to this and we applaud the government for recognising this by taking on board our feedback.

'We look forward to continuing our work with the government to ensure the transition under Transforming Health is done with patients in mind,' Mr van der Linden said.

The APA has made four submissions to the South Australian government, complete with suggested design modifications, to guide their development of the new rehabilitation services.