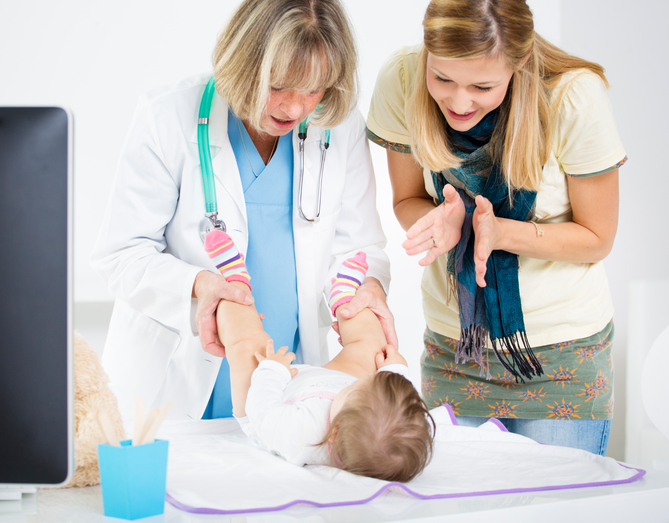 During ‘Healthy Hips Week’ this week, the Australian Physiotherapy Association (APA) is urging parents to have their children's hips assessed by health professionals until aged five following a tripling in the number of late diagnoses of hip dysplasia.

The APA is also warning parents to be mindful of safe wrapping or swaddling infants with ‘clicky hips’.

The incidence of developmental dysplasia of the hip (DDH) diagnosed after three months of age has increased from 0.22 to 0.77 per 1000 live births between 1988-2003 and 2003-2009 in SA, according to a study published in the Medical Journal of Australia last week.

'Hip dysplasia can have major long-term impacts on children that can last through to adulthood if not properly assessed, diagnosed and managed,' APA Paediatrics Chair Julianne Pegler says.

'Unfortunately we’re finding symptoms for ‘clicky hips’ are being missed, and this can develop into hip dysplasia and dislocation.

'Hip dysplasia is no longer considered something you’re born with; rather it can be developed over time, which is why it needs to be continually assessed by health professionals.

'It’s so important parents don’t delay seeking professional support if they have any concerns. All parents should remind their health professionals to check their child’s hips until they are five years.'

For babies with ‘clicky hips’, Ms Pegler said it’s important not to tightly wrap your baby with the legs held straight and close together as research shows it can lead to hip dysplasia and dislocation.

'Parents should always keep their baby’s legs free to move and kick. The legs should be able to bend at the hips with the knees apart to help the hips develop normally.'

Other factors to monitor to help identify risk factors for hip dysplasia include:

If a child is diagnosed with hip dysplasia, Ms Pegler said it can be managed through bracing and other orthopaedic care that causes minimal discomfort for the child. Children diagnosed should also be regularly assessed until they are teenagers.