APA websites
Home » All together for men's health 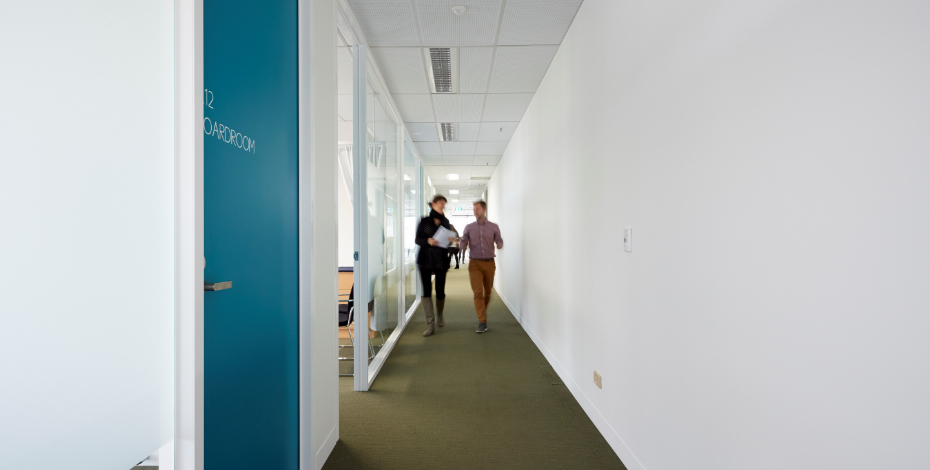 All together for men's health

A staggering 19,508 men are predicted to be diagnosed with prostate cancer this year. With more and more men turning to prostate surgery after diagnosis, the need for increased education, improved treatment options and knowledge sharing on prostate cancer treatment and care has never  been so important. As we mark Movember this month, Melissa Mitchell looks at an innovate centre that offers the full array of services and support for this growing patient cohort.

Rachel Heerey remembers well the patient who came to see her after he had been silently enduring pelvic pain for almost 20 years. He was extremely depressed, he had stopped engaging in activities with family and friends, he didn’t want to go out socially and he felt as though all the joy had drained from his life. Her patient was suicidal and he was desperate. But what is most startling about this situation is that it is not all that uncommon.

Rachel is the senior physiotherapist at the Australian Prostate Centre (APC) in Melbourne, a trailblazing venue that opened its doors in 2014 to offer multidisciplinary care for prostate cancer and other men’s health issues—irrespective of patients’ health insurance status. The centre was the vision of current chairman and Guest Group founder Bill Guest, who had seen private patients gaining access to a raft of medical services while patients relying on the public system had limited access. With the aspirational mantle of ‘no man should die from prostate cancer’, the APC set about connecting research, education, diagnosis and treatment with support for the beneﬁt of all Australian men and their families.

Rachel, an APA Women’s, Men’s and Pelvic Health Physiotherapist, joined the staff when the APC opened ﬁve years ago, and set up the physiotherapy service. Including herself, there are seven physiotherapists on staff at the APC, all senior practitioners trained in pelvic floor physiotherapy. And like the patient Rachel described earlier, each physiotherapist at the APC sees patients from across the broad spectrum of conditions—from those who have spent years suffering in silence with pelvic pain to the newly diagnosed with prostate cancer.

Rachel, who began her postgraduate pelvic floor rehabilitation training based on her initial interest in pregnancy and post-natal patients, says she ﬁnds working with male patients very rewarding. As well as working at the APC, Rachel also sees patients at the Women’s and Men’s Health Physiotherapy clinic in Camberwell in Melbourne.

‘They’re extremely good patients; men are very good at doing their homework, they always do their pelvic floor exercises, and they’ll always do every diary and chart you ask them to do. They’ll practically bring it back to you graphed in an Excel spreadsheet,’ Rachel says. ‘They’re extremely compliant patients. But also post-prostatectomy incontinence, particularly, is so debilitating and distressing to men, so helping them with that gives you huge amounts of satisfaction as a physiotherapist. Loss of bladder control is extremely distressing for these men.’

The APC has gained international attention for its work for many reasons; it is one of only three centres in the world selected to collect and interrogate whole genome DNA sequencing of prostate cancer. Through its tissue bank, the APC provides more than 60 per cent of the global samples of advanced metastatic prostate cancer for analysis. In 2017, the APC unveiled plans to develop Australia’s ﬁrst dedicated robotic surgery training facility—a flagship educational facility for robotics, innovation, education and simulation, and the ﬁrst of its kind in the country. The APC also hosted the 20th Asia-Paciﬁc Prostate Cancer Conference in August this year.

In the ﬁve years she has been with the APC, Rachel has also built up relationships with Royal Melbourne Hospital and the Peter MacCallum Cancer Centre. Relationships with key stakeholders is also a part of Rachel’s role at the APC, as is developing resources for the clinics and programs and being involved in different research projects.

On any given day, Rachel can be involved in clinical work, educating patients or working with international physiotherapists who have travelled to Melbourne to observe the work being done at the APC.

Primarily, the APC physiotherapists see patients pre- and post- prostatectomy surgery and they employ a variety of treatment techniques including training the pelvic floor muscles, education about healthy bladder and bowel habits; they also offer lifestyle advice. Exercise prescription for men pre- and post-prostatectomy surgery generally follows a pelvic floor assessment, while the team also treats both men and women with urinary incontinence or bladder problems, with bowel incontinence or bowel problems, and those of any gender with chronic pelvic pain.

‘The most common thing we treat is men before and after prostate surgery, then we also treat a lot of male pelvic pain and we also see a lot of younger men with lower urinary tract symptoms, voiding dysfunction or various bladder problems,’ Rachel says. ‘At the centre we also see a lot of functional urology, which also includes females.’

‘Some men after prostate surgery will be really, really wet, like leaking a litre of urine a day. After working with them for a year or so they’ll usually have their full bladder control back, and they’re playing with their grandkids and they’re back to doing all the things they love—and they’re always extremely happy.

‘There are a few key patient groups that we see: there’s the prostate cancer guys who are in their 50s to 70s, and then there’s a lot of younger men, aged from 18 to 30, who have a lot of bladder problems and pelvic pain,’ she says. ‘But there’ll still be men out there [in the community] with incontinence after prostate cancer who won’t have seen a pelvic floor physio because they don’t know that physio can help. So really, any man with incontinence, with pelvic pain or with difﬁculty going to the toilet needs to know that pelvic floor physio is available and they can come and see us to get an assessment.

‘That’s also an important message for health professionals such as GPs and urologists in the community, to know that we can help and that they can refer to us as well.’ 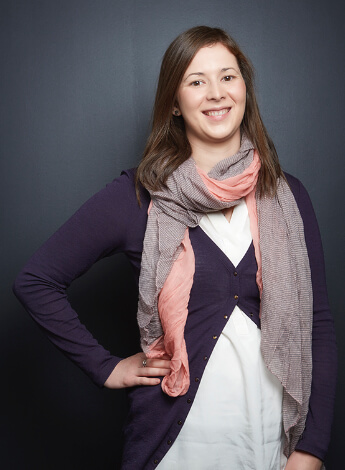 ‘Men are very good at doing their homework, they always do their pelvic floor exercises, and they’ll  always do every diary and chart you ask them to do.’
Rachel Heerey

Raising awareness of men’s health issues as well as the proﬁle of the APC physiotherapy services is also an important part of Rachel’s role. Helping to break down barriers on both fronts has its challenges; however, Rachel believes that in-roads are being made on both fronts. The APC will also be harnessing the opportunity presented by this month’s Movember campaign to promote the importance of men’s health. Movember (au.movember.com) is a highly visible annual campaign that brings attention to speciﬁc men’s health issues of prostate cancer, testicular cancer, mental health and suicide prevention. Alarmingly, prostate cancer diagnosis will make up 25 per cent of all new male cancer cases diagnosed in this country this year. And statistics from the federal government’s Cancer Australia group (tinyurl. com/y7zwnye8) state that prostate cancer is estimated to become the second most commonly diagnosed cancer in 2019, while remaining the most commonly diagnosed cancer among males. The statistics also show that incidence rate for prostate cancer is expected to increase with age, peaking at age groups 65–69 and 70–74.

The good news, Rachel says, is that the increased awareness of prostate cancer in the community is also being reflected in the classroom. With her colleague and Specialist Women’s, Men’s and Pelvic Health Physiotherapist (as awarded by the Australian College of Physiotherapists in 2011) Shan Morrison, Rachel is a lecturer in the postgraduate certiﬁcate for pelvic floor physiotherapy at Melbourne University. She believes strongly that demystifying treatment of men’s health issues will help encourage more physiotherapists to train in this important ﬁeld. 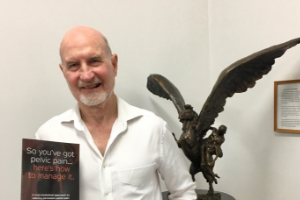 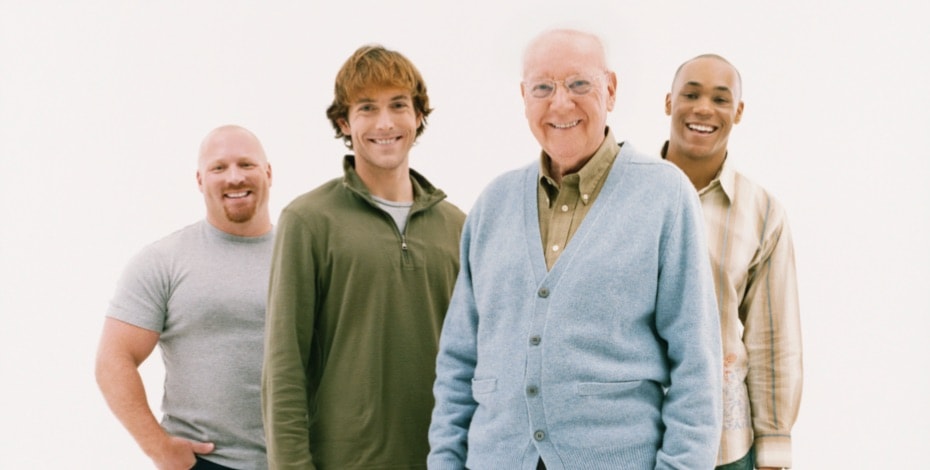 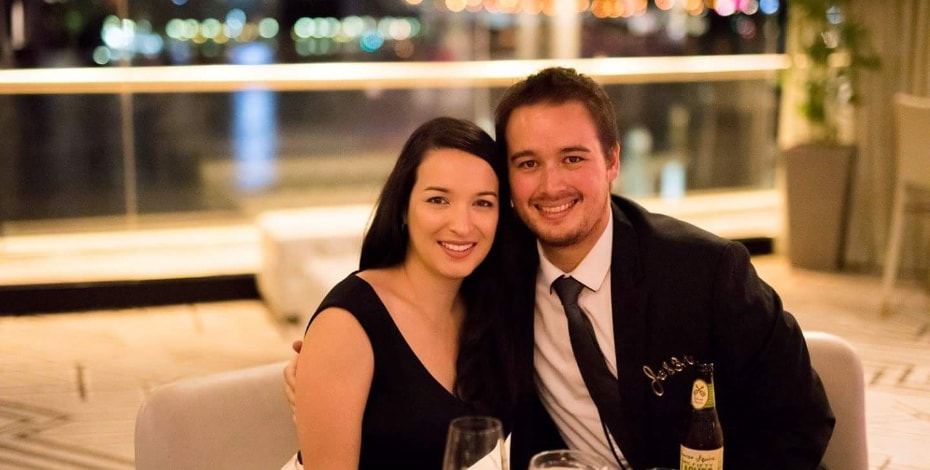