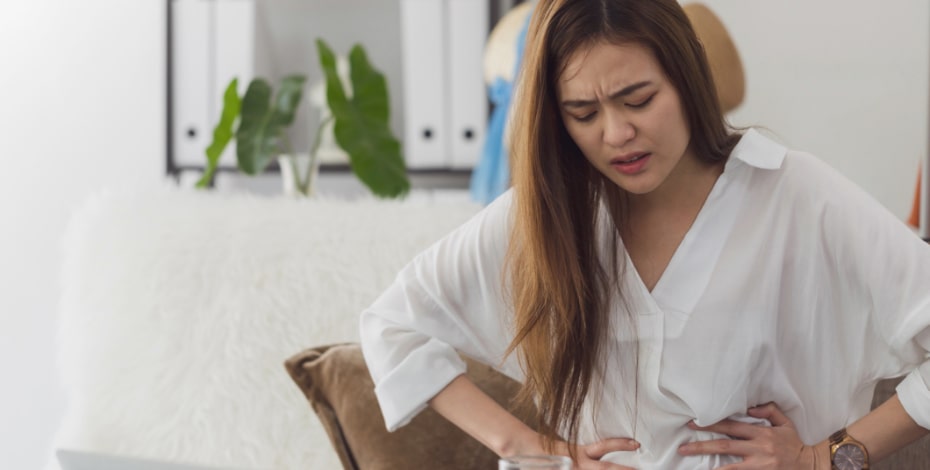 Michelle Wilson outlines the use of a coordinated interdisciplinary telehealth approach to assess and treat complex persistent abdominal pain and manage medication misuse.

Medication misuse is a major problem in Australia. The number of overdose deaths involving prescription drugs now exceed those from road trauma in Victoria (Dobbins 2014) and 80 per cent of these are classified as accidental (Roxburgh & Burns 2015).

There is growing evidence supporting the effectiveness of telehealth for persistent pain (McGeary et al 2012) where patients access care via videoconference or telephone, connecting with healthcare professionals who may be located in another city. This model of care has allowed patients in smaller rural settings to access tertiary care in larger regional centres (Moffatt & Eley 2010).

A 45-year-old Thai woman was referred to a tertiary referral pain clinic in regional New South Wales for management of persistent abdominal pain. She had previously attended three other pain clinics in New South Wales and the Australian Capital Territory but had not engaged in active treatment at any clinic. Thorough biomedical investigations including MRI scans and exploratory surgeries failed to identify any tissue-based drivers to explain her ongoing pain experience. A history of multiple suicide attempts and major depression had also been reported on the referral.

The patient lived in a rural town four hours’ drive from the pain clinic, necessitating an initial multidisciplinary assessment to be conducted via teleconference. This was a combined pain medicine specialist physician, clinical psychologist and pain physiotherapist consult.

The patient attended the appointment along with her husband via video link from her general practitioner’s (GP) office. The patient declined a Thai interpreter, stating that she could understand English better than she could speak it.

The patient described nine years of left-sided abdomen pain following a caesarean section, which had been complicated by a postoperative infection. Cortisone injections, scar excision, nerve blocks and a L1 and L2 dorsal root ganglion pulsed radiofrequency neurotomy (RFN) had been undertaken without satisfactory pain relief.

A pain flare-up is defined as a worsening of a patient’s condition that lasts from hours to weeks that is difficult to tolerate and generally impacts their usual activity and/or emotions (Costa et al 2019).

The patient was visibly upset during the interview. Psychometric screening indicated significant psychological distress (see Table 1) but a psychological risk assessment undertaken by the team psychologist did not identify immediate risk of harm.

The patient and her husband were adamant that surgery was needed to cure the pain despite previous unsuccessful interventions as outlined. The patient’s husband, who often spoke for her, stated ‘the rubbish piece of meat’ (referring to the painful area of her abdomen) needed to be surgically removed. They had expected this appointment to be with an anaesthetist so further RFN could occur in the public system.

The patient lived with her husband and their nine-year-old son (who the patient reported often blamed himself for his mother’s condition). The patient missed her family in Thailand, including her mother, whom she feared would die before she was well enough to return to Thailand to visit her.

The patient reported that she spent 21 hours each day in her bed, was awake most of the night and sleeping most of the day. The patient stated she only got out of bed when she felt ‘up to it’ and did house work at these times.

Her husband encouraged her to avoid lifting things because it would ‘tear her muscles like tissue paper’. The patient sat in a protective, hunched position during the consultation with her arms hugging her abdomen. The patient demonstated that she was able to stand up from the chair using support from her hands; however, she only performed this once (rather than the usual five) due to a reported fear of flare-up.

The patient reported she had gained 15 kilograms since her pain experience began and smoked 10 cigarettes a day.

There were no identified tissue-based drivers which readily explain this patient’s pain experience. It was likely that nervous system sensitivity was playing a role in the patient’s experience.

The patient’s intermittent medication use increased her risk of harm from overdose. Long-term use of opioid medication can quickly lead to tolerance (a need to increase dose to achieve the same effect), and dependence (a physiologic response either to an uncompensated increase in tolerance or to the withdrawal of a drug) (Ballantyne et al 2012).

These phenomena can result in withdrawal symptoms particularly when the next dose is ‘due’, which is known as ‘end of dose failure’. Inconsistent use of long-acting medication intended for consistent, daily use often exacerbates this issue. This experience can be misinterpreted by patients as a worsening of their underlying pain state. The chronic use of opioids also increased the likelihood of opioid-induced hyperalgesia, which may in turn contribute to increased central sensitivity and pain.

The patient and her spouse expected a biomedical solution, in contrast to the treating tertiary team who identified that multidimensional, multidisciplinary treatment was needed.

Due to her complex presentation, the majority of the initial consultation was spent on assessment. The team prioritised the initial interventions, including:

One month later, the patient and her husband attended the tertiary clinic in person for review by an anaesthetist and pain physiotherapist.

One month later: the patient received the ilioinguinal nerve block. This had a beneficial effect for two days only.

Two and three months later: the patient was reviewed monthly via phone by the pain physiotherapist. At each review, medication and physical activity was discussed.

The patient was no longer mentioning surgery as the answer to her pain problem, but continued to ask for steroid injections despite previous poor outcomes. At the time of writing, no further procedures were offered and the patient was planning to visit another pain medicine specialist physician in a major city, despite her slow but steady gains with pain physiotherapy.

Despite limited evidence for interventional procedures in persistent pain and the presence of psychological risk factor yellow flags, the team felt the couple’s strong biomedical bias justified an interventionist review. The reasons for this were to encourage buy-in and in an attempt to facilitate closure. This was considered more likely to occur if an authoritative figure, within the patient’s own belief framework, was involved (Juch et al 2017, Darlow et al 2013).

Patient involvement in medication safety decisions and the role of interdisciplinary team members in this process is important (Reeve et al 2017). Although there is limited quality evidence to support behaviour strategies such as distraction and delay in addressing medications overuse (Eccleston et al 2018), they are regularly used and are common sense.

Due to her biomedical bias and extremely poor physical capacity, team resources meant the patient received physiotherapy follow-up to maintain therapy in the physical realm despite obvious but stable psychological distress. With ideal team resources, it would have been beneficial to also have specific psychological input.

In rural settings it can be challenging for patients with chronic pain to access tertiary care (Hogg et al 2012). The GP therefore becomes the focal point of ongoing care. This case study did not fully explore the patient relationship with her GP. Nonetheless, the patient appeared to have a supportive relationship with her GP who was responsive to risk-mitigating requests.

Containment and therapeutic boundaries are important skills fostered by tertiary care when supporting primary care clinicians. GPs often have minimal time available to access this valuable tertiary resource, and at the time of writing were unable to claim any financial reimbursement for engaging in this service.

The use of unhelpful language is frequently encountered in the pain field. In this case, the husband’s language regarding his wife’s body was concerning due to the links between catastrophic language and pain (Sullivan et al 2001). This issue was not directly addressed within the intervention offered. In face-to-face tertiary programs the use of language is included as a topic in intensive pain programs. Similarly, many intensive programs directly involve the spouse.

Throughout the review process there was deliberate use of educational techniques such as multiple exposures to new knowledge with enough time between exposures for implementation (Hattie 2009). Many features of the patient’s presentation (psychological distress, high medication use, non-English speaking background and pain) are known to impede learning, and were important to address in treatment.

Several aspects were not able to be addressed in this case, due to the complex presentation. The language barrier meant extra time was required to check comprehension and clarifying the responses and understandings. The patient declined an interpreter; however, hindsight suggests that the offer should have been explored further.

Although a brief discussion of treatment goals was attempted at initial assessment, the preoccupation with surgery hampered this effort. Therefore, the physiotherapy focus shifted to the clinician-set goals of increasing medication safety, decreasing daytime rest and finally increasing physical activity. Ideally, goals should have been revisited at each review until a meaningful agreed treatment goal was established.

At four months the patient nominated her trip to Thailand as a long-term goal. On reflection, the intervention could then have been focused on activity upgrade planning, to assist in achieving this goal.

Some issues were not addressed such as smoking, sleep hygiene, weight loss, the relationship with her son and hot pack use. The challenges of the case, outlined above, made it necessary to prioritise interventions, resulting in medication, psychological distress and physical activity being the focus. If an ideal person- centred approach was followed, however, aspects may have been prioritised differently. This is a reflection that may influence my future practice, when faced with a similar situation.

There are several implications of this case:

This case study illustrates the elements involved in managing a patient with persistent pain, language barriers and medication misuse via telehealth. It illustrates the importance of interdisciplinary collaboration for successful implementation of biopsychosocial treatment and demonstrates how face-to- face interventions are not always needed for progress. It also illustrates the long-term nature of these presentations, often resulting in multiple assessments and treatments in multiple specialist centres. Therefore, these centres need to work together to move the patient towards recovery. Funding and models of care need to reflect this complexity.

>> Email inmotion@australian.physio for references. Written consent was granted by the patient and some details have been modified to protect her anonymity.

APA Pain Physiotherapist Michelle Wilson is in specialisation training with the Australian College of Physiotherapists. She works at Hunter Integrated Pain, a public tertiary referral pain service in Newcastle, working with people experiencing complex chronic pain from all over the Hunter New England Local Health District.