Critical mass why you are important in managing rare muscle disease 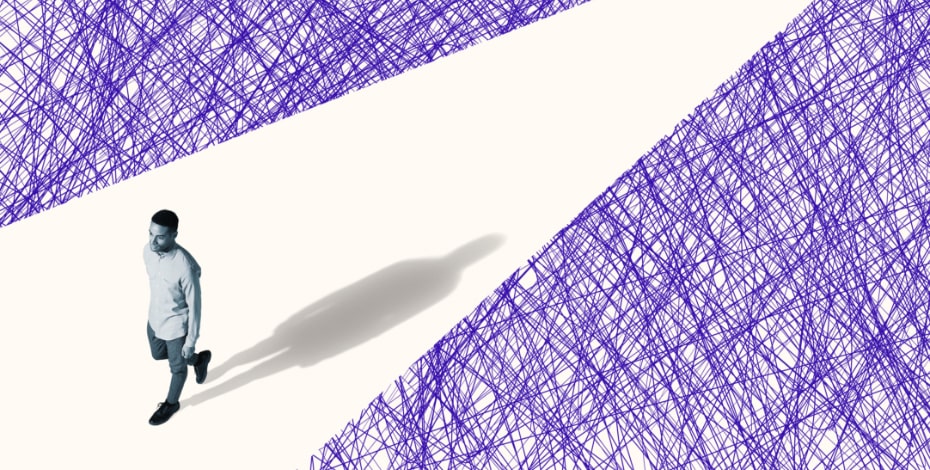 Critical mass why you are important in managing rare muscle disease

Despite having physiotherapy as the cornerstone of its management, very few physiotherapists know about the various forms of inflammatory myopathies. To coincide with Myositis Awareness Month, Eve Vickerson with the Myositis Association Australia speaks with APA member Ian Cooper and Peter Williams, who lives with a form of myositis that currently has no effective treatment.

Finding it harder to get up from a chair or the floor is often assumed to be just a part of getting older.

What people do not realise is that they could be missing the early, subtle signs of myositis.

Usually, the ﬁrst signs of trouble are weakened thigh or shoulder muscles. Over time, it can cause signiﬁcant muscle loss with a comparable decline in strength, dexterity and mobility.

Myositis is a group of rare diseases involving inflammation within the muscle tissues occurring as a chronic autoimmune response. In extreme cases, it can be fatal when the heart and lung muscles are involved.

Given that exercise prescriptions are integral in managing the disease, physiotherapists play a critical role in improving the quality of life for people living with myositis.

The challenge for patients is that many health professionals, including physiotherapists, are unfamiliar with the disease.

Getting a better understanding

In 2019, Ian Cooper retired from his role as Head of Department, Physiotherapy at Sir Charles Gairdner Hospital in Perth.

He was keen to give something back to the clinical community and decided to volunteer with the Myositis Discovery Programme based out of Murdoch University.

‘I was aware that the clinic at Murdoch was developing a myositis patient registry as part of its long-term research strategy; however, they had no funds to assist with their data collection,’ Ian says.

‘Initially, my role was to record a suite of outcome measures for the registry.’

Ian, who is the chair of the APA National Professional Standards Panel, ﬁrst started working with patients with myositis during his clinical role at Sir Charles Gairdner Hospital, which was in one of two myositis-speciﬁc clinics based onsite in Perth.

Because of this experience, Ian says he naively thought that every state and territory had myositis-speciﬁc clinics with access to dedicated physiotherapy services. He was about to learn otherwise.

‘Originally I wanted to develop a myositis special interest group to reach a consensus on which outcome measures we would collect.

'However, it became apparent that WA was the only state to have such clinics,” Ian says.

Next, he turned to the Myositis Association Australia, a volunteer-run charity with nationwide membership, to try and track down physiotherapists experienced in myositis management.

‘We tried to ﬁnd out via the Association’s membership if there were any dedicated physios working in the myositis space but I drew a blank,’ he says.

During this time, Ian started to receive feedback from patients with myositis about their experience with physiotherapy.

‘I had clearly opened a can of worms,’ he says.

‘Feedback was very positive as the patients with myositis were pleased to know that there was a physio with an interest in their disease.

'However, it soon became clear that they were not happy with the limited access they had to services and the lack of knowledge about their disease when they did manage to access physio.

'Whilst it’s not uncommon that patients with rare diseases have to explain their condition to health professionals, it was very apparent that they found this very frustrating.’

What can physios do

In the past, physiotherapy was contraindicated for patients with myositis due to concerns about increasing damage to diseased muscles that were already inflamed.

Ian says that there is now strong evidence to suggest that any transient inflammation post-exercise has no detrimental impact.

For patients with polymyositis (PM) and dermatomyositis (DM), the evidence is strong that exercise in conjunction with steroid treatment can improve muscle strength and endurance in affected muscles. Inclusion body myositis (IBM) is far trickier to manage.

‘Exercise does not proffer the same beneﬁts to this [IBM] population; however, it remains one of the most important strategies in their management,’ Ian says.

‘Patients with IBM will not notice much in the way of muscle hypertrophy and increases in endurance.

'The goal of exercise is to maintain what muscle function they have.

'The challenge is coming up with an exercise program that the patients will comply with, in the knowledge that they will not experience the usual gains noted by people without diseased muscles.’

Picking up on myositis

It is not easy to identify myositis in patients, particularly those with IBM. Often it is not diagnosed for many years after the patient develops their ﬁrst symptoms.

‘The weakness in their quadriceps and ﬁnger flexors develops insidiously and can often be put down to “age related” weakness,’ Ian says.

‘One of the early symptoms that goes unreported by patients is the ability to stand up without using their arms.

'Patients will develop strategies to overcome functional limitations and before long these changes become normal for them.

'Often when assessing strength, the patient will appear to have reasonable strength in the quads (4/5); however, [they] are unable to perform a simple sit-to-stand test that you would expect them to achieve.’

Weakness in the wrist and ﬁnger flexors is often missed.

‘In the early stages, it is the deep ﬁnger flexors that are affected ﬁrst; for example, flexor digitorum profundis and flexor pollicis longus.

'A quick test for ﬁnger weakness is to have the patient squeeze your hand. If the more superﬁcial muscles of the ﬁngers and thumb are still strong then they will mask the underlying deep muscle weakness.

Another myosotis indicator is poor response to exercise.

Ian says that patients often report thoughts that their physiotherapist doesn’t believe them when they say they have been exercising.

‘If you feel your patient is being honest and not making the gains you would expect, then IBM may be the cause, particularly if their pattern of weakness is consistent with those found in IBM,’ he says.

‘Patients with PM and DM are often easier to identify as the proximal weakness associated with these conditions will be more obvious, especially in younger patients.

'Another diagnostic indicator will be via blood tests that may have been conducted by their doctor.

'Raised CK [creatine kinase, an enzyme found in the heart, brain and skeletal muscle] is a hallmark of the disease, especially in the undiagnosed phase of their disease.’

‘In Western Australia, the local myositis population and their treating team organise a yearly conference that provides research updates and talks on optimising their health and function. The importance of exercise is stressed at every opportunity.’

He says that one of the main reasons that patients abandon exercise is when they attempt to carry out exercises that their muscles are not capable of.

‘Well-meaning family and friends will purchase small weights and exercise equipment not realising that for some patients, they don’t have the underlying strength to work against any resistance.’

‘Once they know what grade their various muscles are, I then provide a list of exercises that they can do to match their strength.

'There is nothing more demoralising to a patient with grade 2/5 quads strength trying to straighten their knee with a small weight around their ankle.’

Assessing  strength  and  function As part of the Myositis Discovery Programme at Murdoch University, patients attend six monthly appointments with their neurologist and are assessed by the clinic physiotherapist at the same time.

‘In addition, the patients report against the Neuromuscular Symptom Scale and the EAT-10 questionnaire.

'The latter has been a useful tool to screen for any issues around dysphagia which can occur in patients with IBM. Patients with PM/DM also undergo an FI2 assessment.’

Why it really matters

Understanding the patient perspective is important for physiotherapists.

In November 2019, Peter Williams was diagnosed with IBM. The 67-year-old was alarmed because of the rarity of the disease and that the cause and cure are currently unknown.

Several months after the diagnosis, Peter was returning home to Perth from an interstate business trip when he fell at the airport.

‘In a panic, I realised I couldn’t get back up,’ he says.

‘Here I am in the middle of the baggage reclaim area, on all-fours struggling to get back to my feet but without success. I had to ask strangers to help me.’

This was Peter’s wake-up call.

‘It was so embarrassing. Afterwards, I felt really low, as low as I had ever felt. I started questioning everything.

Peter says he could no longer tap into the optimism that had long buoyed him.

‘IBM was affecting my thighs, my hands, my ﬁngers. It was degenerative and incurable,’ he says.

His mindset changed while spending time at home during COVID-19 lockdowns and while recovering from a hip operation.

‘I embarked upon an exercise regime tailored for me by a professional and it has made a huge difference, both physically and mentally.

‘I’ve got a whole series of exercises, but probably the ones that I think have made the biggest difference are sit-to-stands and some quad exercises.

'It’s certainly helped my lower body strength, with results showing I’ve increased between 15-20 per cent in that area.’

There is no one-size-ﬁts-all when it comes to exercise prescriptions for patients with myositis but the ‘Resources’ section on myositis.org.au has examples of exercises that can be performed depending on the strength of your patient’s muscles.

After starting his structured exercise program, Peter was able to get up off the ground, which is a key beneﬁt for him.

‘I’ve got a boat and I was having great difﬁculty getting in and out of the dinghy and onto the back of the boat.

'A really big thing for me was deciding that I was not going to give up on boating, which I’ve been doing all my life.

'Now, things have substantially improved. I’ve got a lot more mobility and I can now stand and use steps,’ he says.

Most importantly, Peter says that the exercise regime has allowed him to regain his positive perspective and optimism for life.

‘With my newfound optimism, I am enjoying the gains from exercise and what it is allowing me to do. It’s changed how I think about my life,’ he says.

‘Exercise also made me realise the importance of gratitude. Not only was I grateful for the results my exercise regime was having but I also realised how much I had to be grateful for in other things in my life.

'I am focusing on spending time with my family and friends and doing things I enjoy—I have a 96-year-old father, two amazing sisters, a son and a daughter.’

Your role is critically important

For the majority of people living with myositis, physiotherapy is their mainstay of treatment.

Based on Ian’s experience working with this patient group, his key piece of advice for physiotherapists is ‘to understand that people with myositis do not respond to exercise as non-myositis patients do.

'It’s so important to keep trying and to never give up.’

From a patient perspective, Peter’s advice for physiotherapists is ‘to really try and understand myositis. Understand the impact it has as a chronic degenerative muscle disease.

Then, design programs not only for exercise but to slowly rebuild strength over time. Physios who care can have a tremendous impact on not only the physical but the mental as well.’

May is Myositis Awareness Month. Click here to learn more about how to treat and manage the disease.