APA websites
Home » Education is the key to patient perceptions

Education is the key to patient perceptions

In this case study, Taishi Ezaki applies a cognitive functional therapy approach to a post-surgical low back and leg pain patient with a proposed pathoanatomical pain source, where multidimensional factors were identified as the main contributions to their presentation.

An individual’s response to pain can vary and be amplified by an interaction of maladaptive cognitive, emotional and lifestyle factors (Campbell & Edwards 2009, Kelly et al 2011). Factors such as fear avoidance, an outlook of helplessness, reduced pain control and disrupted sleep have been linked to persistency of pain and disability in people with spinal pain (Campbell & Edwards 2009, Kelly et al 2011).

In people with chronic low back pain (CLBP), the fear and threat of pain can manifest with maladaptive movement behaviours including co-contraction of trunk muscles, guarded spinal movement, inability to relax the back muscles and a tendency towards earlier onset of abdominal wall muscle activation (O’Sullivan 2012, Dankaerts et al 2009, O’Sullivan et al 2018).

Behaviour interventions aim to focus on reducing disability in CLBP by educating the patient and teaching them new health behaviours to assist them to manage their symptoms. These strategies aim to modify maladaptive pain behaviours and cognitive/emotive processes, and have been shown to be more effective than traditional biomedical approaches (Henschke et al 2010).

KF is a 53-year-old male electrician with a seven-year history of low back and left leg pain that began following pulling heavy cables (100kg) out of a pit in a flexed and rotated position. He described a long, gruelling workers’ compensation case with episodic bouts of back and left leg pain that included intensive physiotherapy and a L4/5 laminectomy and microdiscectomy, which provided several years of relief. He reported manageable pain until 12 months ago, when again lifting a heavy coil of cables at work he sensed pressure in his back associated with significant pain. He had attended physiotherapy for 12 months without improvement in pain or function and was referred to a senior physiotherapist for a second opinion and a new direction in management.

At his initial consultation for this second opinion, KF described constant, deep, aching central low back pain, intermittent shooting, sharp (L) leg pain at rest, parasthesia of the left posterior leg down to his ankle when weight- bearing and stated his left leg felt weak and ‘disgusting’ when touched.

Since his surgery he experienced numbness of the anterior shin to the sole of foot. There were no reports of incoordination, saddle anasthesia or bladder/bowel changes since the injury.

His back pain was aggravated by static postures (sitting and standing) and functional tasks (eg, bending, rolling in bed and moving from sitting to standing). He avoided bending due to pain and fear, and maintained a braced core when attempting functional tasks. These symptoms affected his sleep, waking him three times per night. The only factor to ease his symptoms was Endone, which provided short-term relief.

Due to lack of progress, KF was referred for an MRI with gadolinium by the GP; the report described hyperintensity/scarring at the left L4/5 level with irritation of the left L4 nerve root. Based on his MRI and specialist medical review, KF was told his pain was from scar tissue from his previous surgery and removal of it would give him five years’ relief before needing a second operation. He was told to brace his core, maintain a straight back and avoid bending and lifting.

Previous physiotherapy management consisted of neural mobilisations, lumbar mobilisations and stabilisation exercises with deep transversus abdominis contractions. After a year of treatment and no improvement in pain or function, KF was unemployed, relying financially on compensation payments and described increasing disability.

He reported high levels of depression and anxiety due to the lack of progress with physiotherapy, persistent symptoms and inability to work. He previously lived an active lifestyle, working and attending the gym five days a week. In the last year he could not work and described walking around the house and at a local beach once a week as his only exercise. He was not socialising as he could not sit or stand for long. He believed the only option was to receive surgery to remove scar tissue but feared developing persistent pain. His expectations from physiotherapy were to prevent his pain worsening. His goals were to get back to work and to live a more active lifestyle.

On observation, KF displayed a rigid, tense and extended lumbar spine with co-contraction of lumbar paraspinal and abdominal musculature in sitting and standing. Active lumbar movements were all restricted and pain provocative (flexion ¼, extension ¼ lateral flexion R ½ L ¼; pain = 10/10 NRS) and he demonstrated rigid cogwheel-like movement. Functional movements such as bending, rolling in bed and moving from sitting to standing were pain provocative (6/10 NRS scale) and he adopted an extended lumbar spine posture. In both active and functional movements, KF held his breath and co-contracted the lumbar paraspinal and abdominal muscles.

Cues to relax his abdominal musculature, deep breath through his nose and posteriorly tilt his pelvis significantly reduced his pain (4/10 NRS scale) and improved his movement pattern in functional movements.

Neurodynamic testing revealed a positive left straight leg raise (left 40 deg, right 65 deg). Upon neurological testing, there was diminished sensation to light touch in the left anterior shin and sole of foot, and a self-reported disconnect and ‘disgusting feeling’ of the entire left lower limb. Widespread hyperalgesia was present to manual pressure on the central lower lumbar spine and left posterior leg from the gluteal fold to the ankle. Left leg myotome strength testing was all pain inhibited. Patella and Achilles tendon reflexes were normal. Plantar responses were normal and there was no ankle clonus.

Provisional diagnosis was nociplastic spinal and leg pain. The main contributing physical impairments were an altered movement behaviour which contributed to maladaptive movement/loading postures and deconditioning of his lower limbs. This, combined with psychosocial factors such as altered beliefs, high fear, reduced pain control, depression, anxiety and lack of social/lifestyle factors, contributed to his presentation.

The intervention stemmed from a cognitive functional therapy approach. This treatment was provided over a 16-week period.

Following the second opinion, KF attended 18 appointments over 16 weeks. At conclusion of treatment, the patient achieved clinically significant improvement,shis WorkCover case was closed, he decided he no longer required physiotherapy intervention and he was confident to manage his condition independently.

The patient had received extensive physiotherapy to date that appeared to address physical factors and, following the second opinion, it was felt an approach to address maladaptive behaviours and beliefs was warranted.

These behaviours can be augmented with feelings of helplessness and lack of control, which has been has been shown to increase pain sensitivity in chronic pain conditions (Mizener et al 1988). Variables such as uncontrollability and helplessness were more related to pain and disability than disease-related variables, and were associated with increased medication use, reduced activity and poor psychological function (Flor & Turk 1988, Jensen et al 1991). The approach in managing these movement behaviours and feelings of helplessness focused on the successful application of pain-relieving strategies incorporating breathing control, relaxation of muscles, improved proprioception and progressive exposure and integration of functional movements, which has been shown to be more effective at reducing pain, disability, fear beliefs, mood and sick leave for CLBP when applied in a multidimensional framework (Vibe et al 2013).

Psychology referral is important to address anxiety and depression as their link to chronic pain is strongly associated with more severe pain, greater disability and poorer quality of life (Bair et al 2008). In cases where it is declined, physiotherapists can deliver effective management strategies within a cognitive behaviour framework (Hall et al 2018). In this case the patient utilised physiotherapy to talk and address his concerns, which allowed him to have control in his treatment. This therapeutic alliance and shared decision-making process between patient and therapist are linked with improved health outcomes (Ferreira et al 2013).

Sleep is fundamental for restoration of energy, preservation and development; pain is reported to worsen with sleep deprivation, resulting in a hyperalgesic response (Kelly et al 2011) as appears to have been present in KF. It is vital that sleep disturbances be addressed in patients with persistent spinal and leg pain. An important part of this is to consider the use of pain medications such as opioids, which are known to negatively affect sleep patterns (Kelly et al 2011).

In this case, a cognitive functional therapy approach that identified multidimensional factors contributing to a musculoskeletal pain presentation helped achieve clinically significant and meaningful improvement in pain and function. Identifying these factors and their degree of influence is vital in all post-surgical spinal pain presentations.

This case study highlights the need for a multidimensional behavioural approach for patients presenting with post-surgical lumbar spine and leg pain. Despite the chronic nature of the presentation, and the presence of widespread pain, weakness and psychosocial factors, a targeted plan that addressed the dominant features to this patient’s pain presentation facilitated a clinically relevant outcome. 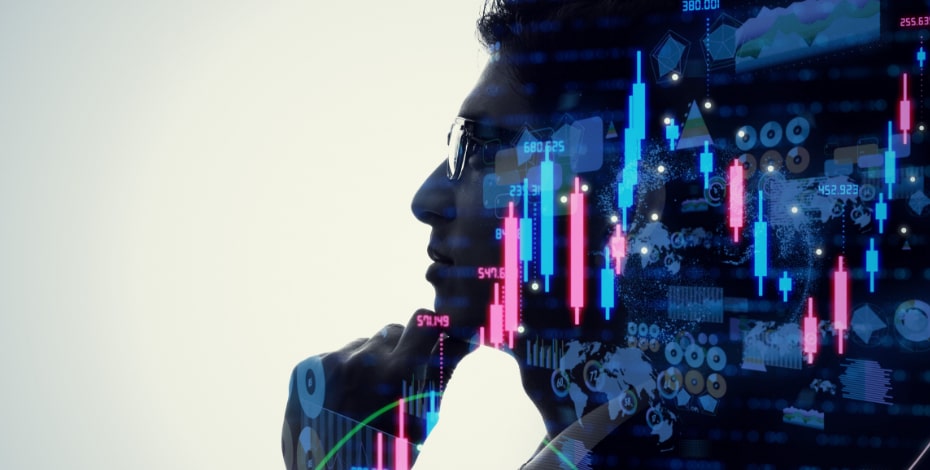 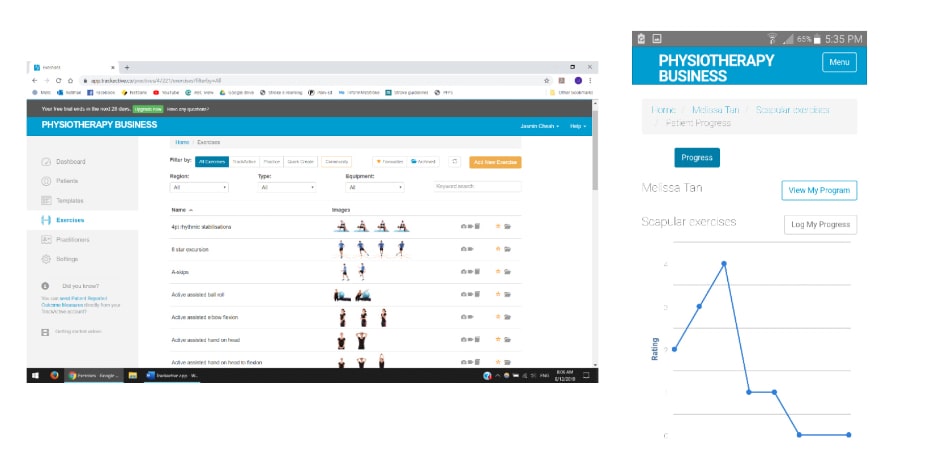 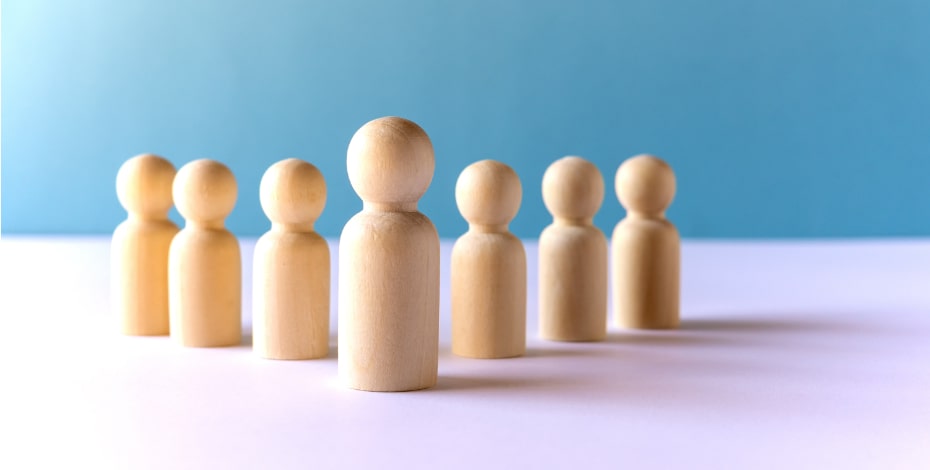 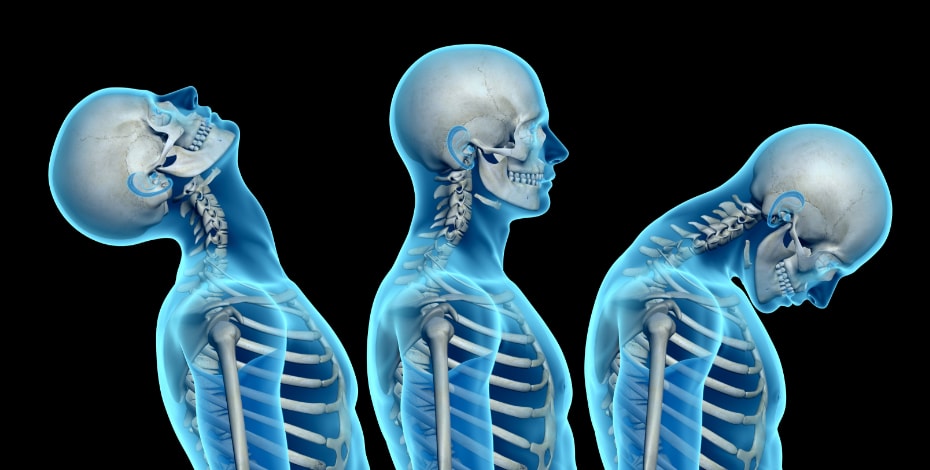 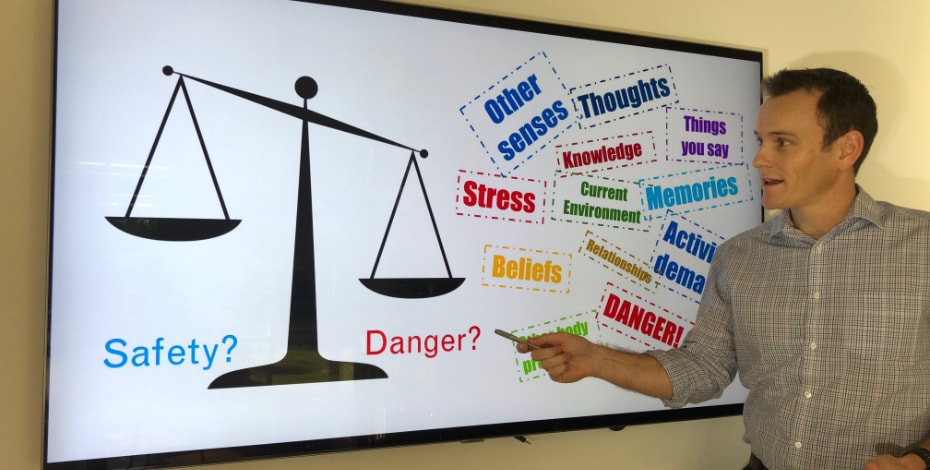 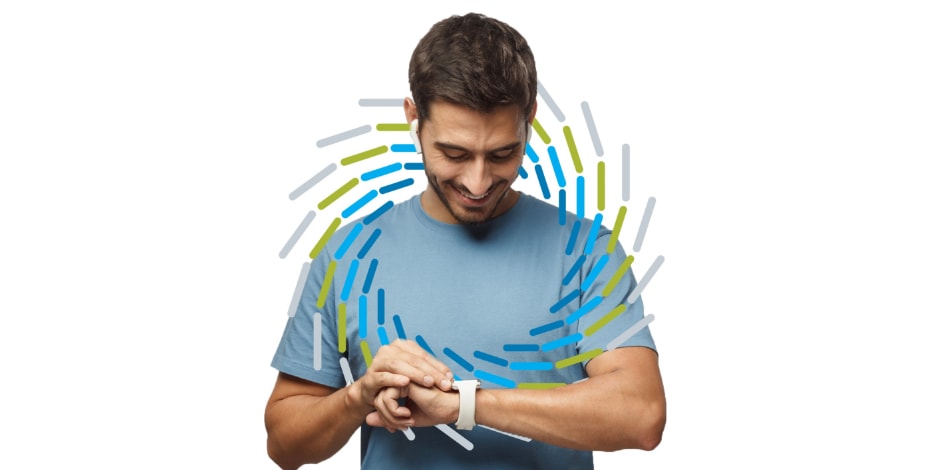