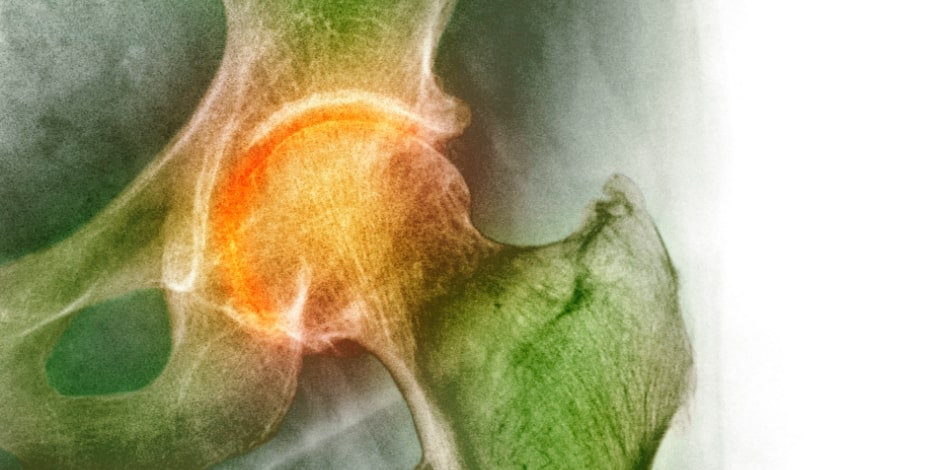 Zuzana Perraton is one of 2021’s PRF Seeding Grant recipients, for a five-year follow-up study of younger people with or at risk of developing hip osteoarthritis. A conversation about the project.

Most of us think of older people, in their 50s or above, when we think of hip pain and osteoarthritis (OA).

But young, active people also have hip problems, says Zuzana Perraton, a PhD student at La Trobe University’s Sport and Exercise Medicine Research Centre who received a Physiotherapy Research Foundation Seeding Grant in late 2021 to look at changes in the hip joint in this population.

Zuzana’s study is a follow-on from the National Health and Medical Research Council-funded Femoroacetabular impingement and hip OsteoaRthritis Cohort (FORCe) study, which followed almost 200 men and women aged between 18 and 50 for two years who were actively playing AFL or soccer and who had hip pain for at least six months prior to joining the study.

FORCe looked not only at the changes in the hip joint over two years, but also at possible predictors for the development of hip OA, such as hip joint force, hip muscle strength and hip joint range, as well as at the impact on quality-of-life measures.

Zuzana is quite excited to be working on the new study, having worked as a research assistant on the FORCe study before embarking on her PhD, which is focused more on using MRI to look at muscle quality.

While she is doing the PhD full-time, she also works at a sports medicine clinic on weekends and is the head physiotherapist for the AFLW’s Vic Metro Girls Squad.

An APA Sports and Exercise Physiotherapist and an APA Musculoskeletal Physiotherapist, with more than 18 years’ experience as a physiotherapist, she has worked with the Australian Paralympic ski team, the Commonwealth Games and the North Melbourne Football Club.

She has also been working in research on and off since completing her master’s degree at the University of South Australia in 2006.

‘After 10 years of doing research here and there, working with various universities, both in Australia and offshore through the internet, I decided to do a PhD and take that next step into research, because without the PhD you come to a standstill in terms of what level you can get yourself involved in.

'I just wanted to get more into the research,’ Zuzana says.

Zuzana says hip pain in younger adults is not uncommon and is associated with a significant impairment to quality of life, leading to depression, sleep disturbance and increased use of opioid painkillers. 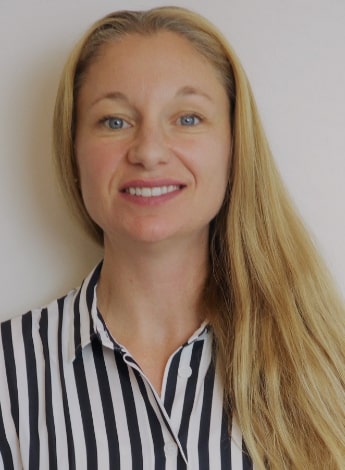 Zuzana Perraton is studying hip osteoarthritis changes in younger people with the help of a PRF Seeding Grant.

The new study will look at the changes in the hip at the five-year mark as well as hip-related quality-of-life measures and will determine whether modifiable factors are associated with hip OA progression in younger adults, enabling the development of effective intervention and prevention strategies.

‘We know that this sort of hip-related pain can be an ongoing burden, not just during sport.

'Afterwards it can lead to surgeries and often the interventions at a later date aren’t reversible.

'If we can identify modifiable factors, things like strength and range of motion, that do have an impact on these changes, then it will really change the way we manage these presentations and possibly we’ll be able to help modify or even prevent the disease.

'It’s really quite significant in what you can get out of it,’ she says.

The participants in the study will all undergo a follow-up assessment at the five-year mark (according to when they had their initial baseline assessment during the FORCe study), including radiographic assessment of hip OA and questionnaires to measure hip-related quality-of-life burden, psychological factors, physical activity levels, interventions received and sporting and occupational demands.

Zuzana says she hopes to identify some factors that have a measurable impact on the changes seen in the hip over the five years from baseline and on quality of life.

'So we will be looking to see if we can catch the osteoarthritic changes early and [work out] how we can influence those changes.

'The ultimate goal is to understand the progression of it,’ she says.

‘If we can find those modifiable factors, then we’ll be able to really understand where we should be headed with management.

'It will give us that opportunity to intervene when we can intervene and change the progression of their signs and symptoms.’

The data from this study, in addition to the FORCe data, will be included in the Worldwide Collaborative initiative on OsteoArthritis and morphologiCal data of the Hip (World COACH) consortium—an international meta-analysis investigating the relationship between hipbone shape and OA development.

Zuzana says the PRF funding, which has been supported by PRF corporate partner Pain Away Australia, will support the X-ray imaging component of the study.

The project will take a couple of years to complete.