Western Australia’s Healing Right Way clinical study focuses on improving outcomes for Aboriginal survivors of stroke and brain injuries by increasing the cultural security of rehabilitation services and by keeping brain injury survivors in touch with those services.

A large Western Australian study has developed a new model for support of Aboriginal stroke and brain injury survivors, ensuring they don’t slip through the cracks once they leave hospital.

Healing Right Way is a multidisciplinary study encompassing eight hospitals across Western Australia, in Perth and in major regional centres, with the aim of improving access to interdisciplinary and culturally secure rehabilitation services for Aboriginal brain injury survivors in Western Australia, resulting in better outcomes and a better quality of life.

Stroke and other brain injuries occur at a rate two to three times higher in Aboriginal and Torres Strait Islander Australians than in non-Aboriginal Australians and, in the case of stroke, often at a much younger age.

Her research shows that Aboriginal people are more likely to have poor access to care, rehabilitation and support after an acute brain injury such as a stroke or a traumatic brain injury, for a wide variety of reasons including communication barriers, racism, a relative lack of services in rural and remote areas and difficulties in getting to and from rehabilitation services, which may be located away from family and Country.

The Healing Right Way study was designed to address some of these factors, Beth says.

One aspect of the project is the development and implementation of cultural security training for hospital staff at study centres to improve the hospital experience for Aboriginal brain injury survivors.

The ABICs, who are Aboriginal nurses and health workers drawn from hospitals and community services, act as a liaison between the client and their health services, educating, advocating and supporting them as required during the acute stages of their care and for six months after they are discharged.

‘We follow their journey and liaise on their behalf, if they’re requiring that, and just check in with them.

'We speak to social workers, allied health and nurses to see how they’re going in their recovery,’ says Renee Speedy, one of eight ABICs participating in the study.

The ABIC doesn’t just work with the patient; they also work with their extended families and communities, to help them understand what’s happening and to provide assistance navigating rehabilitation services both in and out of the hospital.

‘It’s very comforting for the patient, knowing that someone of Aboriginal descent is working with them; it’s very therapeutic.

'It keeps them engaged in their recovery as well.

'If they’re feeling a bit uncomfortable with trying to approach an allied health worker, they’re more likely to speak to us and get us to communicate,’ Renee says.

The ABIC approach is simple.

They sit down with the brain injury survivor and their family and yarn with them to connect and build a relationship based on trust and shared culture.

‘You just yarn and you get the information that’s required.

'They know we understand them on another level, because culturally, we’ve gone through those walks of life,’ Renee explains. 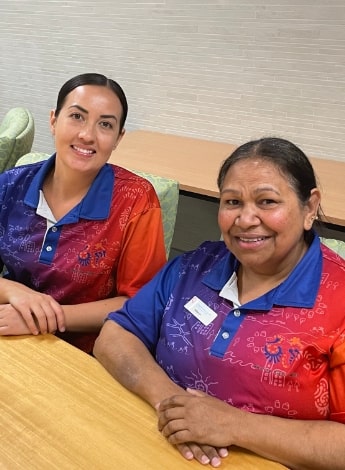 ‘Even if we’ve got clients we don’t know, being an Aboriginal person means you have that connection.

'So it’s not like going in blind; we have an understanding already,’ Rebecca says.

‘It’s that connection straight away.

'And then all of a sudden they’ll bring out other stuff they would not normally bring out as well.’

Both Renee and Rebecca say their Aboriginal clients are more open with them than they would be with a non-Aboriginal health worker.

‘You know what’s going on, their issues.

Renee says Aboriginal people often have some fear about talking openly about their personal lives and problems to a non-Aboriginal person and they’re more likely to open up to their ABIC.

But even then, many Aboriginal brain injury survivors find it difficult to communicate about the problems they are having, says stroke survivor Justin Kickett, who has worked with the Healing Right Way program.

Justin says the shame Aboriginal people feel when they have had a stroke or traumatic brain injury makes it more difficult for them to seek the rehabilitation services they need.

'I just wanted to go and hide.

'I didn’t want to see anybody,’ he says.

Once the patient has left the hospital, the ABICs stay in contact with their clients for six months, meeting them face to face or by telehealth, to ensure they stay engaged with their rehabilitation program.

‘We will liaise with whoever we can get hold of, next of kin or whoever that may be.

'We do home visits and just see where they’re at and how they’re going.

'Also, we follow up with their discharge summary and important appointments,’ Renee says.

‘If family aren’t understanding, we can educate them as well.’

An unexpected benefit of the ABIC is the connection to family and Country, says Renee.

‘It’s been a journey for me, this role, I’ve absolutely loved it.

'I just think we connect through yarning and by family surnames and knowing people and knowing where they’re from.

Beth says the ABICs bring not just a cultural understanding to the relationship, but also the ability to hook into the Aboriginal community network.

This is particularly important when a brain injury survivor falls off the radar of the rehabilitation services.

‘Non-Aboriginal health professionals don’t often have the networks to know what to do if someone’s phone number has changed or if they can’t contact someone,’ she says.

‘For follow-up purposes, it’s a real challenge for the health services.

'If we don’t have the coordinator positions, a lot of Aboriginal people with brain injury will not get any help and will not know how to get back into the system and the system doesn’t know how to contact them.

'This program is a real bridge and reactions to the ABICs have been extremely promising.’

Rebecca says her persistence in following up with regional services helped her locate one of her clients who had stopped going to rehabilitation services once he moved back home to the country.

‘When he came to us, he had a caseworker at a community centre where he lived and so once a week I’d call that caseworker.

'I just called and called until one day, the gentleman actually was in there, so the caseworker called me and said, “Rebecca, he’s in, do you want to talk to him?”

That connection led to the client having services put in place for both rehabilitation and follow-ups on his health.

With the Healing Right Way study due to wrap up in 2022, Beth is now looking at ways to ensure that the ABIC model is implemented in the long term.

‘Our coordinators are already embedded in services including the hospitals and Aboriginal medical services, so we’re hoping either that those particular services will make a position that’s ongoing or that the Department of Health will make a role across the state,’ she says.

‘We’re still navigating what that looks like, but we’re looking at all our research partners and asking them what the future of the positions are.

'And we’re always looking for more funds, too, to address important issues that have become evident during this study and to further explore the multiple ways that could improve services for Aboriginal people with brain injury across Australia.’ 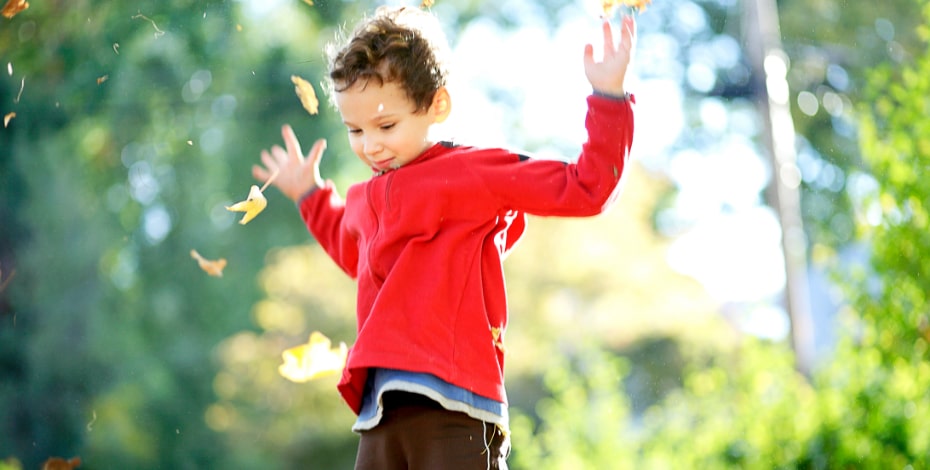