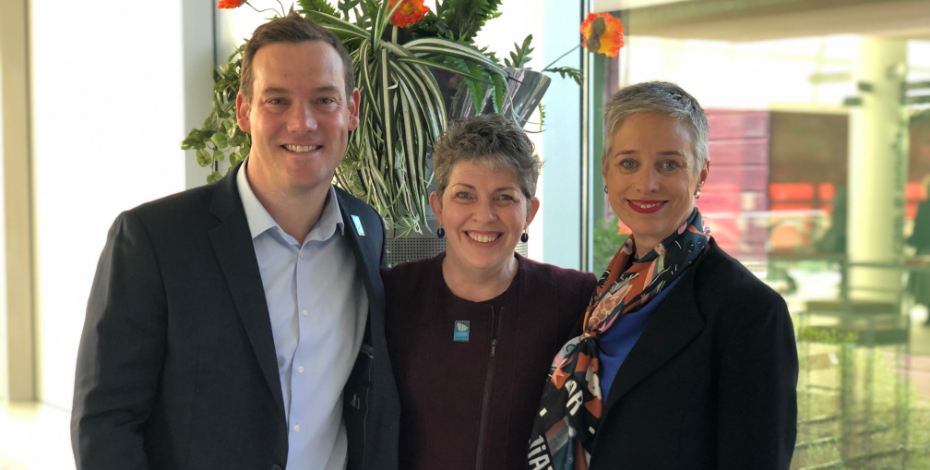 Inspired to take on global role

As a young paediatric physiotherapist in Brisbane, Melissa Locke was disturbed by news reports of Romanian children with disabilities being abandoned in orphanages as the country’s communist government crumbled in the late 1980s. Melissa decided there and then that one day she would make a difference on a global level.

The promise to herself went something like this—when the home loan is paid off and when working for an income is no longer the priority, the work for physiotherapy in less fortunate countries begins. Melissa Locke’s vow was spurred on by the unravelling disaster in Romania during the collapse of the Ceausescu regime. It was the late 1980s, and like the rest of the world, Melissa was appalled at the dreadful conditions many of that country’s children with disabilities faced when they were housed in orphanages that often had no running water, let alone staff or services to cater for their needs. The images of those children, beamed to televisions across the globe via news reports, remain with Melissa to this day.

‘I can remember I was a young physio and I said to myself “Wow, when I’ve paid off my home loan and when I’m not needing to earn a living as such I’m going to go and work for physiotherapy in those sorts of countries,’ Melissa says. ‘And I think the WCPT has now given me the opportunity to do that at a broader, more global level.’

As the newly-appointed World Confederation for Physical Therapy (WCPT) vice president, Melissa has the big picture in her sights. Making a difference on a global scale is a wish she is starting to now realise, and it is one that fills her with excitement and optimism as she embarks on this next chapter in her life.

Her position with the WCPT will enable Melissa to harness her passion for the profession and ‘help progress it globally through promoting the value of physiotherapy and what it does for disability, health and wellness more broadly’.

Melissa has fostered a strong working relationship with WCPT president Emma Stokes (2015–present). The two have also been firm friends since Melissa became the inaugural treasurer and chair of the WCPT’s finance committee, where she used her business acumen and corporate director experience to oversee financial management systems and budgets, and work with the board and management team to deliver strategic and business plans. During her tenure on the WCPT executive committee, Melissa was also heavily involved in policy decisions, and helped drive the WCPT forward through contemporary governance, organisational change and identifying and managing organisational risk. She was elected to the Asia Western Pacific regional representative on the WCPT Executive Board in April 2015 but retired in 2017 after her partner, Dr Peter Fazy, suffered a stroke.

‘I was on the board of WCPT and I was really honoured to be elected from the Asia Western Pacific region in 2015, but Pete, my partner, as many know, had a massive stroke,’ Melissa says ‘And so I had to step away from all my governance roles. But I felt there was work that I hadn’t completed on WCPT, so I kept that door open if the opportunity arose.’

After taking time to help Peter in his recovery, over the next few years, Melissa, with the help of her many supporters, began her campaign for the WCPT vice presidency almost a year ahead of the WCPT Congress in Geneva earlier this year. In September 2018, Melissa and fellow nominees for the position posted their official statements to the WCPT member organisations (MOs), with Melissa going the extra mile to have her statement translated into Spanish and French. She did the same with an email she sent to all MOs, and she personally approached each of the MOs to speak with them directly ‘whether it was in my pyjamas at 2am or whether it was at breakfast or dinner time’.

‘It was a big campaign—I will admit. Someone said to me in Geneva “You ran a really good campaign” but I’d like to say that I tried to engage,’ Melissa says. ‘I think that my willingness to listen and to hear what the issues are for member organisations on the ground in their country was really important.’

Her innate ability to be actively engaged, and to be engaging, has its roots in her childhood in Brisbane, where Melissa’s parents instilled in their daughters the ethic that if you had an education and you worked hard, you could do, or be, whatever you wanted.

As the youngest in a family of three girls, Melissa and her sisters were always encouraged by their parents to pursue their academic interests. And as a girl and young woman, Melissa was encouraged, particularly by her father, to succeed irrespective of gender. ‘My dad basically said that girls should be able to do whatever they wanted. He was quite progressive in his thinking and was always proud of us, regardless of successes or failures.

‘One of the fundamental things that I remember, and my whole life has been about, is that you need integrity,’ Melissa says. ‘If you get hit by a car on your way home, you know you’ve been good and true, and that you’ve resolved conflict with people. I also firmly believe that you should be able to speak to all people equally; you always learn something from speaking to anyone on any given day. These are my real tenets in life.’

Having taken on the role as WCPT vice president, Melissa is putting all those skills to work by focusing on two areas in particular— identifying the needs of MOs to synthesise into the Confederation’s strategy, and embracing the areas of strategy, change and governance. Progress, while ensuring the WCPT remains contemporary in its governance, is also a top priority to ensure the Confederation stays relevant to the membership, Melissa says.

Looking to her term ahead, Melissa expects to be addressing a range of issues, including diversification of income streams; increasing engagement and collaboration with the MOs that help fund the WCPT’s work; breaking down language barriers and continuing to explore inclusivity of other languages at Congress; as well as the protection of title from challenges across the globe including from traditional Chinese medicine and sports therapies. Melissa says she is looking forward to highlighting physiotherapy’s role at every available opportunity.

‘I think the big challenge will be about continually educating and highlighting to key organisations physiotherapy’s role as the movement expert, whether it’s in wellness, rehabilitation, management of non-communicable diseases or after a disaster,’ Melissa says. ‘I think that’s something we must continue to show the power brokers and the people who make decisions about health, wellness and rehabilitation services.

‘The WCPT is in an exciting phase, reviewing and aiming to strengthen its corporate governance, and continuing to extend its strategic direction and leadership within the education, health and disability spheres,’ Melissa says ‘It’s a great honour to take on this role. I think just to feel that you’re a paediatric physio from Brisbane and you can become VP of a huge organisation like the WCPT—that’s a big gig. I’m very proud, I’m very humbled, and I feel really privileged and excited.’

Melissa Locke has a long history of service and contribution to the APA and the profession; her first formal role as an office bearer with the APA was back in 1987.

Having held various roles on a number of APA committees, her first foray into national-level service was in 2004 as the APA Paediatric group delegate to the National Advisory Council.

Melissa then joined the APA Board of Directors, and in 2009 she became both vice president and chair of the Board’s Audit and Risk Committee. Her service on the APA Board culminated in her election as the APA president in 2011.

It was during her time on the APA Board that Melissa consistently demonstrated her influential leadership. She championed the evolution of the APA governance rules and she challenged the Association to build a culture around effective and contemporary governance. Melissa had a significant role in the APA’s governance review, adoption of a new constitution, and the introduction of non-physiotherapist members on the APA Board of Directors.

Melissa was responsible for the oversight of the development of the APA’s Reconciliation Action Plan and she helped lay the foundation work for the professional indemnity master insurance program. Melissa was named as an APA Honoured Member in 2017.