Managing your return to work after baby 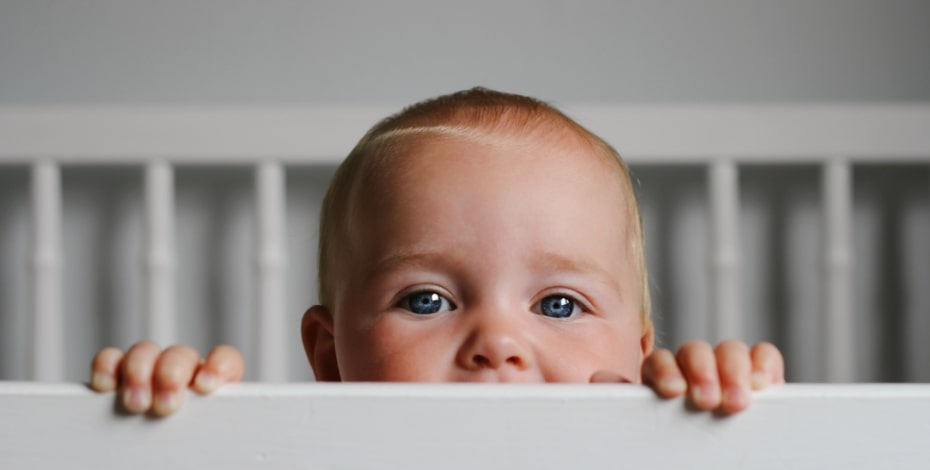 Managing your return to work after baby

Coming off parental leave and back into the workplace can be a challenging and daunting process to navigate for new parents. Here we speak with two physiotherapists who took the big step, in vastly different settings, after starting their families.

Having had a career as a professional ballet dancer performing with the Royal New Zealand Ballet and later with Europa Dance in France, Laura thought she would go into treating dancers when she graduated from Curtin University in 2014.

'I was a ballet dancer before I was a physio and really didn’t know what I wanted to do once I finished dancing.

'I got into physio thinking that I would love to treat dancers,’ Laura says.

‘It turns out that that’s not the case at all.

'I didn’t want to go into sports as I’d thought—I loved hospital work.’

After initially doing some work at Fremantle Hospital in Perth, Laura moved 1650 kilometres north to Port Hedland with her husband so he could pursue work as a diesel mechanic.

The move to a rural and remote location also afforded Laura the opportunity to work in areas of physiotherapy she had been keen to explore.

‘In Port Hedland I worked on the inpatient ward, on the maternity ward and with Aboriginal communities—a bit of everything.

'It was a really good, although slightly terrifying, introduction to everything because you are working quite remotely.

'At the same time, it was fantastic.

Around the time of their tree change, Laura and her husband also decided to start a family.

Just two years into practising as a physiotherapist, Laura went on maternity leave after having her son, Riley.

‘I didn’t go back to work until he was nine months old.

'But going back into the public system in a hospital setting, it was difficult to get the flexibility I needed.

'As a first-time mum with limited family support and with my husband working crazy hours, I found it a difficult time to navigate.’ 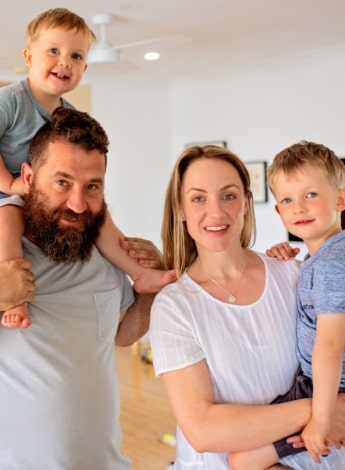 Laura Gee shares her sons (left to right) Jack and Riley with her husband Andrew.

Seeking a better work-life balance, the young family made a sea change to Jurien Bay, two-and-a-half hours north of Perth.

Laura had undertaken placement in a private practice there as a physio student and the door had been left open for her to return once qualified.

Her husband became a fly-in fly-out worker and Laura began working part-time at the practice.

Not long after, she gave birth to her second son, Jack.

‘I really enjoy the flexibility.

'I have my own set hours and I fit in with whatever works for the kids and my husband’s fly-in fly-out roster,’ Laura says.

‘It’s been a much better balance for us, moving into private practice.’

Laura says she underestimated the emotional toll motherhood, and returning to work, would initially have on her.

‘Going back [to work] after my first son, it was the emotional challenges that came along with that—of being a first-time parent, having someone else you don’t know looking after your child or your child being upset or sick and feeling that pull in both directions.

'I’ve got my patients and my caseload that need me and I’ve got my little one who needs me too.

'That was the biggest challenge for me.

'I was prepared for logistics; I wasn’t prepared for the emotional pull of trying to put two hats on at once.’

Her advice to new or expecting parents is to adopt a family calendar to help manage commitments and to take time to return to work rather than rushing back, if that is an option.

‘If you try and go back too much, too soon, I think it can be really overwhelming.

'You can feel pulled in too many different directions.

'To be able to build up your return to work slowly is far more manageable, if you have that flexibility in your workplace.’

Caitlin was driving back from her last prac while studying a Masters of Sports and Exercise Physiotherapy at La Trobe University when she called her husband and said, ‘Okay, we can start trying to have a child now.’

It had all been planned out.

‘Now I realise that that was silly, being a mum is precious and it doesn’t matter when it happens,’ Caitlin says.

‘I guess I was pretty naive about motherhood to begin with.

'I always thought I could continue studying and achieve lots of things while I was on maternity leave.

'Surviving sleep deprivation and caring for my son was basically all I achieved.’

Caitlin says she had a wonderful support network after having her son, Harvey, and will be looking to them again after just having her second child, a daughter named Hailey.

She returned to part-time work in private practice in Newcastle, 160 kilometres north of Sydney, seven months after Harvey arrived, treating patients at times that suited them but that also fit in around her family obligations.

‘I think private practice is really advantageous in that it’s open long hours, so that gives you a bit of flexibility to work when you can.

'It’s helpful to patients to be able to work early mornings or late evenings as it’s understandable for people to take time off work when they are initially injured—but we want them to get back to their normal working life, training and sports as soon as possible,’ Caitlin says.

‘Being able to work part-time and flexible hours has enabled me to return to work sooner than if I was committed to 9–5.’ 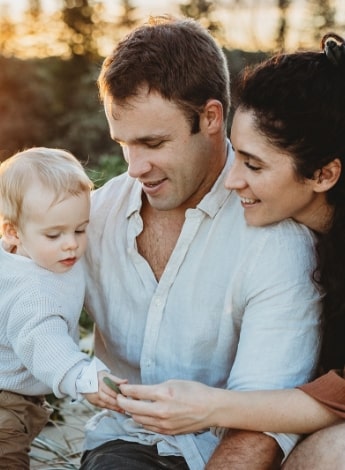 Harvey is the first child for Caitlin DeLore and her husband Michael. They have since welcomed a daughter, Hailey.

Caitlin says she had many ‘I love my job’ moments when she returned to work after maternity leave, and some unexpected realisations.

‘One of the challenges that most new parents face is changing identity.

'I’m a physio, I’m a mother, I’m a wife—I’m all of those things but I’ve come to realise that it’s okay (and normal) to juggle them and prioritise.

'It was silly to think I needed to get my career or studying to a certain point and then drop them while I "do motherhood".

Having a support network at work helped Caitlin navigate being a new working parent while also tackling professional obligations such as professional development.

Her employer is a parent of four children and was able to offer invaluable insights and advice to her during the initial return-to-work stages.

Caitlin says she has fantastic mentors at work, which makes professional development something that easily slots into the work-life juggle.

More broadly, Caitlin found support from colleagues in the APA Hunter Regional Group, which she also once chaired.

After the recent birth of her daughter, Caitlin says that being able to rely on support on the work and the home fronts will become more crucial than ever.

Open conversations with her manager about her return to work after maternity leave has enabled a smoother transition for both parties.

She says she was fortunate to be afforded flexibility in managing her patient load and family obligations, but was also aware that this was not necessarily the case for all new parents.

‘My breastfeeding journey was really easy with Harvey, so it was very easy to leave my son with my in-laws and feel confident in doing that.

'I have heard that this is not always how it goes for other parents and that would come with its own challenges,’ she says.

‘For me, returning to work after maternity leave is something I look forward to.

'I’m very fortunate to have people around me helping to make that happen.

'My husband has sacrificed his work and sporting commitments to share the parenting load, which I really appreciate.

‘My advice for anyone about to embark on returning to work is continually re-assess what’s working for you and what you are prioritising.

'Make sure you have conversations with your support network to change things when they aren’t working, but don’t be surprised if what you want or need changes too.’