APA websites
Home » People with dementia have bodies too People with dementia have bodies too

Dementia is on the rise in Australia’s ageing population and numbers are expected to double by the middle of the century. Physiotherapy should be an essential part of care for these vulnerable patients, but many physiotherapists lack knowledge and confidence when working with people living with dementia.

Dementia is the third-leading cause of disease burden in Australia (Australian Institute of Health and Welfare 2021).

Across Australia, more than half of the people living in residential aged care have dementia and many more are cared for at home by family members.

As increasing numbers of older Australians receive diagnoses of dementia, physiotherapists are more likely to find themselves treating people who live with dementia.

However, many physiotherapists have not had exposure to working with this patient cohort and find it challenging.

Dementia is an umbrella term referring to a number of different neurological conditions in which the brain suffers a gradual and global loss of function.

The more common types of dementia include Alzheimer’s disease, vascular dementia, dementia with Lewy bodies and frontotemporal dementia, but there are other kinds associated with chronic conditions such as Parkinson’s disease and with brain injuries from stroke, trauma and more.

Different types of dementia can affect the brain in different ways and quite often people have symptoms of more than one type of dementia.

The most important thing to know about dementia, says Associate Professor Michele Callisaya APAM, a researcher at Monash University’s Peninsula Clinical School, is that the cognitive changes that define the condition are a symptom, not the whole disease, although they are often treated that way.

Less commonly known is that along with the cognitive changes that define dementia, many people with dementia also show physical changes.

In fact, some dementia researchers believe that subtle declines in physical ability may even precede the appearance of cognitive symptoms like memory problems, says Dr Kate Lawler APAM, a physiotherapist and researcher at the Wicking Dementia Research and Education Centre in Tasmania.

‘Usually, it’s the memory and thinking that trigger someone to go and see a doctor because “Oh my gosh, maybe I’m getting dementia”.

'But actually, it appears that years before people hit that time where their thinking is affected, there might be some subtle changes in movement.

'And obviously, for a physio, movement is of high interest,’ Kate says.

At the Wicking Dementia Research and Education Centre, Kate works in the cognitive clinic, looking at the physical characteristics of dementia.

‘I do some of the assessments that physios would do in clinical practice to assess things like gait, grip strength and balance for people who are potentially looking at a dementia diagnosis,’ she says. 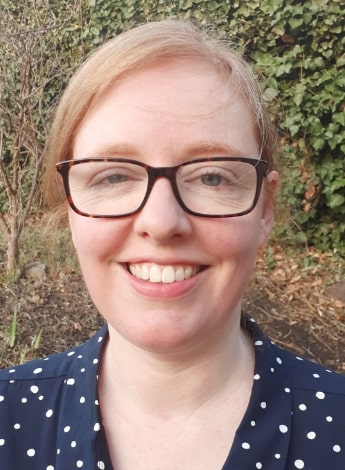 Gait changes—such as shortened step length and the shuffling seen in patients with Parkinson’s disease or dementia with Lewy bodies—strength and balance problems are commonly found in people with dementia as the disease progresses.

Kate says that some mobility problems are caused or worsened by problems with processing the surrounding environment.

People with dementia may also lose the ability to do multiple things at once, such as walking and carrying a cup of tea or even walking and talking, which further complicates things.

‘I always describe it to patients as, “Some of what we will do today is standard clinical practice, and some is to help us understand more about how movement and thinking may be related,”’ she says.

‘We’re doing things like videoing hand movements and looking at whether there are any subtle changes, using machine learning and exciting things that our IT colleagues really drive, which might contribute to what we do as physios in the future in terms of recognising dementia risk earlier,’ Kate says.

Her postdoctoral research looked at the different cognitive domains and how they relate to mobility and falls.

‘The evidence shows that up to 10 years before someone gets diagnosed with dementia, or even in that mild cognitive impairment stage, mobility is poorer, particularly in terms of the non-Alzheimer’s type of dementia.

'In some of my research, we’ve looked at different areas of the brain and the type of structural changes that occur and at how they overlap with both mobility and some of those cognitive functions.

'The location in the brain where we see more atrophy is often the prefrontal area and that’s related to both executive function and mobility.

'So you’ve got similar underlying areas of the brain that might be affected, but we also know that people who are diagnosed with dementia become more socially withdrawn; they stop doing their activities,’ says Michele.

The last point is important, Michele says, because physical inactivity is a known risk factor for the development of dementia.

Conversely, remaining physically active can have a neuroprotective effect on the brain.

Two recent systematic reviews published in Journal of Physiotherapy have also shown that exercise can slow down cognitive decline in people with dementia and other cognitive impairments (Law et al 2020, Lam et al 2018), further bolstering the need for older people to remain physically active for as long as possible.

Kate says a key role for physiotherapists is to encourage physical activity in people of all ages in order to promote brain health.

For people with dementia, it is important to maintain physical activity for as long as possible, so they can continue doing the things they enjoy, whether that is playing golf or pottering around the garden.

‘Physios pretty much across the board, not just people who might identify as gerontological physios or neuro physios but all of us who interact with the public, have an opportunity to contribute to prevention and risk reduction for dementia,’ Kate says.

Physiotherapists also have a role to play in the post-diagnostic care of people with dementia.

Sadly, there is a stigma attached to the diagnosis that has a great impact on the healthcare that people receive or, in many cases, don’t receive.

A recent study by Michele and Kate demonstrated that people living with dementia who had a stroke were significantly less likely to be treated in a stroke unit, to be offered physiotherapy or occupational therapy or even to be offered rehabilitation services (Callisaya et al 2021).

Kate says it is not uncommon for people with dementia to be denied opportunities for rehabilitation once it’s known that they have been diagnosed with dementia.

‘People with dementia have bodies.

'And actually, the whole spectrum of what we do for people as physios might also benefit someone living with dementia. Michele Callisaya's research looks at structural changes in areas of the brain where mobility and cognitive functions overlap.

'It’s really important, particularly because sometimes people with dementia get labelled as not being able to participate in therapy or things like that; they often can’t access just basic rehab after a stroke or care if they have arthritis or back pain or all those other things that we treat as physios.

'I think it’s important to recognise that people living with dementia also need those kinds of treatments,’ Kate says.

‘Similarly, people living with dementia are often labelled in healthcare and aged care settings as “difficult” or “aggressive”.

'And that can be very real but as physios, we also have a role in trying to get to the bottom of what’s happening.

'Because dementia doesn’t necessarily make someone aggressive, but it can impair someone’s ability to communicate.’

Kate says that, for example, a person with dementia who is in hospital or in residential aged care may not be able to communicate with the nurses and other staff about pain and discomfort and may lash out physically if someone tries to move them too quickly or without explanation.

‘Someone without cognitive impairment might be able to say, “Oh, watch out, I’ve got a really sore hip.”

'But someone at a certain stage of dementia might not be able to communicate that and, instead, they become this aggressive person.

'As physios we have an opportunity to understand that sometimes these sorts of behaviours might be an expression of unmet need.

'By understanding as much as we can about a person, and recognising that there might be ways we could contribute if pain is an issue, we could actually help make that better rather than just saying, “Oh, that aggressive person can’t have access to therapy anymore,”’ says Kate.

A big issue, say both Kate and Michele, is that often physios, as well as other allied health clinicians, may not have much exposure to patients with dementia during their training and early years of working.

One of Michele’s PhD students, Stephen Quick, is exploring the perceptions, attitudes and beliefs held by physiotherapists working with people with dementia as well as the challenges they pose for both newly graduated and experienced physiotherapists (Quick et al, in press).

‘They struggle with the communication with someone with dementia, the behavioural symptoms, the diversity of the presentation and people’s psychological changes that go along with dementia, like apathy or depression.

'Of course all those cognitive changes mean that delivering intervention can be really difficult,’ Michele says.

The perception that patients with dementia can’t improve and can’t engage with treatment and rehabilitation is also pervasive, Michele says.

It’s something that she believes needs to be addressed through training, both for students and for practising physiotherapists.

‘I think we need to do a lot better in terms of practicals and making sure that students and early career physiotherapists get some exposure.

'A lot of these strategies don’t just benefit people with dementia, but also people with traumatic brain injuries and more. There are many things physiotherapists can do to help people with dementia and the underlying principle is to treat the patient as a person rather than a diagnosis.

Both Kate and Michele are involved with the ReseArch and PractIce in Dementia (RAPID) Physiotherapists Network, including an international modified e-Delphi-style research project chaired by Michele and researcher Dr Morag Taylor at the University of New South Wales, which aims to define the core competencies needed by physiotherapists working with patients living with dementia.

How to work with a person with dementia

Kate and Michele say there is a lot physiotherapists can do to improve the way they work with people with dementia.

Ultimately, it comes down to treating the patient as a person, not as a diagnosis, say both Michele and Kate.

‘The most essential thing,’ says Michele, ‘is good person-centred care.’