Physiotherapy in a time of war 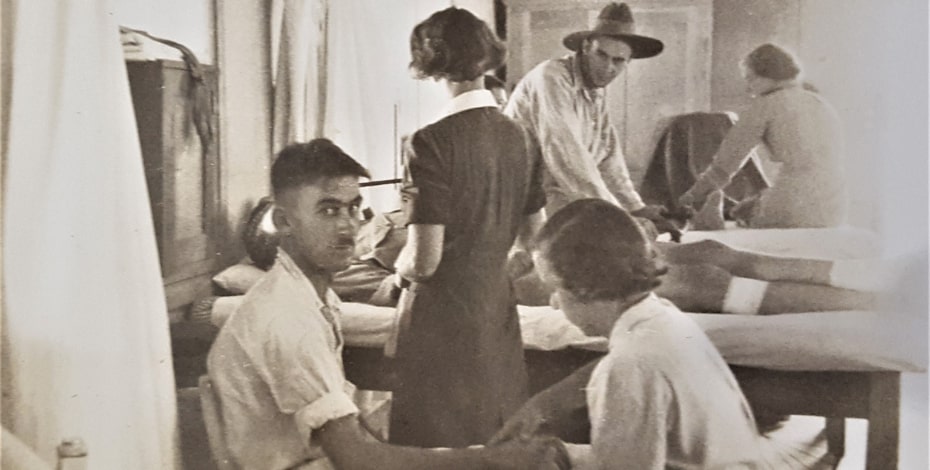 Physiotherapy in a time of war

Dorothy ‘Nancy’ Atkinson had only recently graduated as a fully-fledged physiotherapist in London and arrived back home on Australia soil when she was appointed to the Australian Army and dispatched to the Middle East at the start of World War II. Now aged 106, Dorothy shares her story with InMotion as the country prepares to mark Anzac Day this year.

Of all the memories Nancy Atkinson has of her time serving as a physiotherapist in the Middle East during the second world war, the most pervasive are of making an endless supply of bandages for plaster casts for wounded soldiers and of spending her leave time travelling and seeing the sights, as much as one could during wartime.

Known by her family and throughout her life as Nancy, the centenarian is now in aged care in Malvern East in Melbourne after a rich life filled with travel around the world and domestically, of serving in both the Middle East and later Papua New Guinea with the Australian Army and of running her private physiotherapy practice for many years in Macquarie St, Sydney. 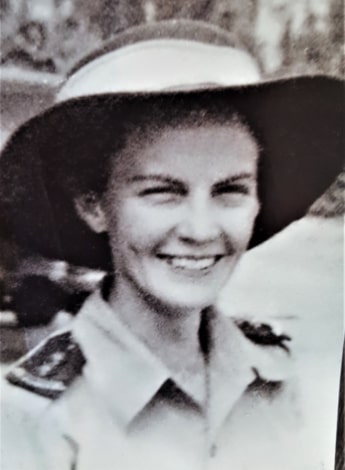 Nancy Atkinson in the Middle East circa 1941.

Along with many other physiotherapists, nursing and medical peers and hundreds of Australian military personnel, Nancy travelled to the Mediterranean and Middle East Theatre of war from Sydney in 1941, and returned home the following year.

‘We set sail from Sydney Harbour in the four lovely big ships with four funnels, including the Queen Mary and the others. I was 25. As a physio, I did my training in England, in London,’ Nancy says. ‘I met many other physios on board the ship. We were in a cabin for five people and it was a long journey.’

Arriving in February 1941, Nancy was posted to the 2/1 Australian General Hospital in Gaza, bordering Egypt, where she spent much of her time rehabilitating wounded soldiers for a variety of injuries mostly to shoulders, knees and backs, and making an endless supply of bandages by hand from strips of torn muslin. ‘ 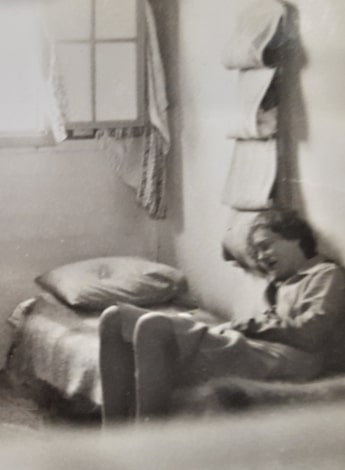 Nancy in her quarters at the Australian General Hospital in Gaza.

She recalls that although it was wartime, there was still opportunity for socialising with officers and other medical personnel, and for spending leave time travelling with others and taking in the sights. She travelled to Cairo, a popular spot for Australian troops on leave, and she has a photograph of herself and others at Gaza Beach, having travelled there by bus.

While the conditions for the military personnel in the Middle East were pretty basic, Nancy recalls being treated very well and that her accommodation was in huts that slept two people. It was hot and hard work but the camaraderie with her peers is something that lives with her to this day.

After returning home from the Middle East, Nancy continued to serve with the military as a physiotherapist in Western Australia before she was deployed to Bouganville and Port Moresby, Papua New Guinea, in 1944. It was in Papua New Guinea that Nancy recalls having to keep covered up at all times to prevent contracting malaria through mosquito bites.

Nancy says they had to ensure the mosquito netting covering their beds was put down well before dark and that they all had to take quinine, which turned everyone a light shade of yellow. 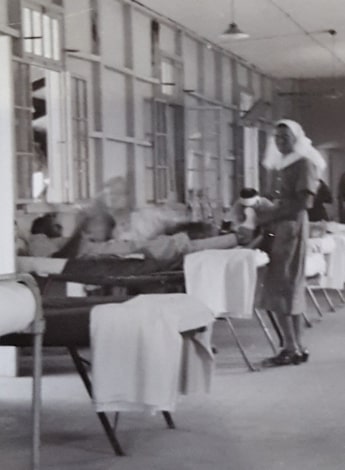 In the hospital ward where many soldiers were treated.

‘There was a mosquito netting uniform given to us to help prevent malaria but nobody wore it,’ Nancy says. ‘None of us did bother with all that stuff. As long as you were covered up you were fine. Many people did fuss about the mosquitos though.’

Nancy was discharged from service on 6 February, 1946, and by then had achieved the rank of Lieutenant. She remains a current member of the Returned Nurses Sub Branch in Melbourne.

Now aged 106 (she turns 107 in July), Nancy was a long-time member of the APA New South Wales branch at the same time she ran her private practice in Sydney’s Macquarie Street. Having set up home at that time in Mosman, on Sydney’s North Shore, Nancy also took up painting and enjoyed recreating the many beautiful landscapes around her. Above her bed in her room at Arcare Parkview in Malvern East, Melbourne, one of Nancy’s lovely paintings of Dee Why Beach takes pride of place.

Nancy never married or started a family of her own, and she came to live in Melbourne in her later years to be with her extended family who visit her regularly and enjoy her company and her many stories.