APA websites
Home » Reflecting on the life of a fearless leader 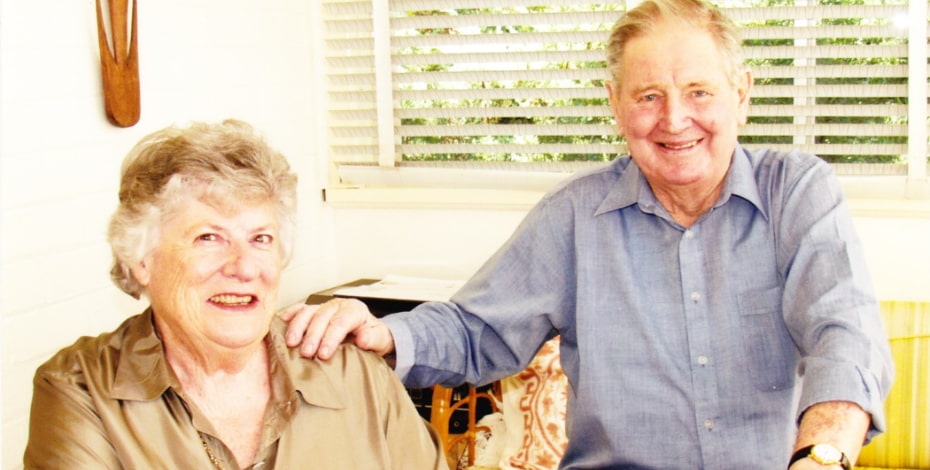 Reflecting on the life of a fearless leader

Former APA President and Honoured Member Doreen Moore Wheelwright recently passed away. Here, her former student and friend, Elizabeth Ellis, recounts just some of Doreen’s many achievements and her trailblazing work for physiotherapy in Australia and overseas.

Doreen Moore grew up with her mother and older brothers after her father died when she was five. Her mother must have been a wonderful role model for Doreen because she grew into a strong and independent woman who would have a huge impact on the world of physiotherapy.

After graduating as a physiotherapist in the early 1950s and working for a while at Royal North Shore Hospital, Doreen set off for England by ship and had a wonderful year soaking up the history and atmosphere of London and Europe. The truly amazing adventures really started though when she decided to come home via a job in the Physical Restoration Centre in Saskatoon. Her work there was mainly with children with polio and cerebral palsy, and she told of visiting clinics for the First Nation children in the north by plane, and of the children arriving by dog sled during the winter.

Although returning to Sydney for a while, her heart was in Canada and she loved the independence of practice there rather than the rigid attitudes to practice in Australia and England.

She returned to take up the in-charge position at the University Hospital, Saskatoon, in 1960—and she never looked back. Realising that she needed to further her own education, Doreen completed a degree qualification in 1964, and by 1978 she had completed her Master of Health Services Administration.

From 1968–70, she was the President of the Canadian Physiotherapy Association and she followed this up as President of the World Confederation for Physical Therapy (WCPT) from 1970–74. In 1974, Canada hosted the World Congress in Montreal under her guidance. Please take note because history is about to repeat itself.

In 1975, the Cumberland College of Health Sciences were looking for a new Head of School, and Jeff Millar invited Doreen to come back that Christmas and talk about the position. Doreen said she might ‘try it for three years and see’. Well, we all saw what Doreen would mean to the profession of physiotherapy over the next 40 years.

One of the first things she did was to ensure that the Diploma of Physiotherapy was upgraded to a degree program. Then she set about upgrading the qualifications of all the academics on staff at the college.

As APA President (1977–79), Doreen was responsible for bringing together all the state organisations as one single, national body. I have a very clear memory of Doreen at the WCPT in Tel Aviv in 1978 addressing the World Confederation meetings as to why Australia should not be thrown out of the WCPT because we had agreed that physiotherapists could see patients without a doctor’s referral. She succeeded in getting the rules changed rather than Australia taking a step backwards. At that same meeting, the Australian contingent proposed specialisation within the physiotherapy profession. Things were moving fast—and Doreen was in the driving seat.

Doreen’s courage and faith in people was phenomenal. She ran another World Congress in Sydney in 1987 and asked me to be the Scientific Convenor. Doreen and I, and many others, worked very closely for five years on that very special project. She encouraged every radical change we could come up with, and it ended up being a landmark Congress which changed expectations forever. The Congress was so successful that we were able to establish the Physiotherapy Research Foundation (PRF), and Doreen became a Foundation Member of the management committee for the PRF.

When she eventually ‘retired’ to Crookwell, in New South Wales, with her grazier husband Rollo Wheelwright, she remained an inspiration to us all with her work on the Upper Lachlan Shire Council, the Crookwell Hospital Board, the Land Care Council and Probus Club. Rollo is remembered so fondly by the profession during his time with Doreen at professional events and congresses.

Doreen has been bestowed with numerous awards including an Order of Australia medal (AM), a Canadian Centennial Medal, a University Gold Medal (University of Manitoba), Honoured Membership of the APA, a gold medal for Services to Physical Therapy from the WCPT and honorary membership of the Mexican and Colombian physiotherapy associations.

I feel privileged to say that I have known and respected Doreen for all of my professional life and for two-thirds of hers. It has been 44 years of a sometimes roller coaster ride—never dull and always challenging. Doreen would achieve in one year what most would not dream of achieving in a lifetime. On a personal level she was our champion and leader, and we owe her so much.

A leader is best

When people barely know that she exists,

But of a good leader who talks little, When her work is done, her aim fulfilled, They will all say, ‘We did this ourselves’