Topping up skills before move to the Top End 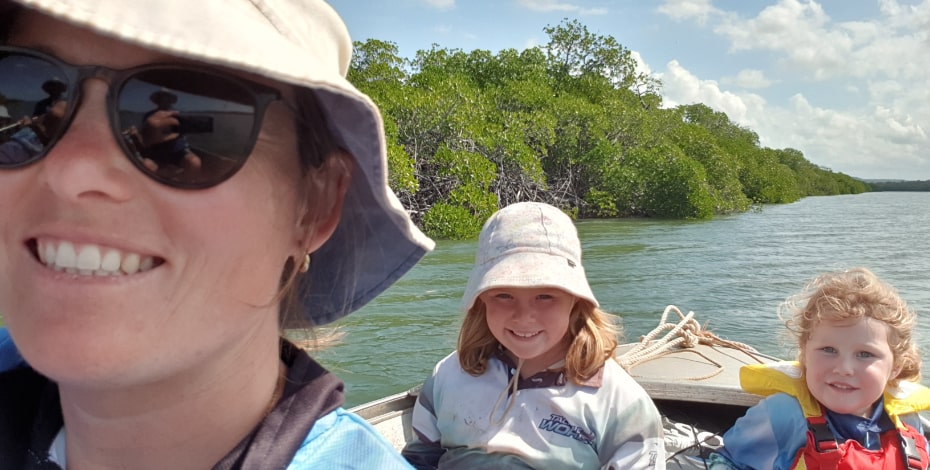 Topping up skills before move to the Top End

When Melissa Yeates signed up to undertake cultural awareness and safety training ahead of the APA’s TRANSFORM conference late last year, she had very good reason to be there. A new job—and a new life— was calling.

Packing her family up in the four-wheel-drive and camper trailer to explore the Top End of Australia, Melissa Yeates, APAM, fell in love with the majestic beauty of the northern regions. With her husband Corey and three young daughters, aged from three to 10, Melissa spent months travelling through some of the most picturesque parts of the Northern Territory. It was a journey that would ultimately change the course of the family’s lives.

When the wanderlust came to an end and the Yeates family settled back into their lives at Arno Bay on the Eyre Peninsula in South Australia, the desire to continue to explore northern Australia remained ever present. So, after much discussion, the family decided to live the dream of packing it all in and heading north; Melissa sensibly applying for the position as the sole physiotherapist at Gove District Hospital in Nhulunbuy, in Arnhem Land on the northern tip of the Northern Territory, to spur the plan into action.

While proceeding through the job application process, Melissa learned of the ‘Walking Together’ cultural awareness and safety training being facilitated through the APA by Honoured Member Marilyn Morgan, Ann Barblett and Vince Buckskin of Kambarang Services, and she immediately signed up. If she was going to work in Aboriginal communities

then she was going to do everything in her power to build up her knowledge and skills, Melissa reasoned. In her previous role with the Eyre Far North Local Health Network, Melissa says she had little opportunity to practice her previously undertaken cultural awareness training, and she’d need more highly developed skills and understanding to help her patients when she relocated to the Territory.

‘Where we live, we are not exposed to a lot of Aboriginal culture and I don’t have the opportunity to work with many Aboriginal clients of colleagues,’ Melissa says.

‘I guess the cultural awareness probably wasn’t that new to me. We’ve had mandatory training for years and that’s mainly about Aboriginal history and culture. But it was a surprise to me to learn that there’s still lots of blatant racism happening, that still goes on. I wasn’t really aware of that,’ Melissa says. ‘I think maybe there is some hope for the future that if we can try to stop the stereotyping and racism we can work together, over time, to help bring Aboriginal people out of that cycle of depression and isolation.’

‘I took away [from the training] some good examples of thinking about being equitable, of equity over equality, if that makes sense. So instead of treating everyone the same, some people may actually need extra assistance to become equal,’ Melissa says.

‘We were given some good examples of something as simple as a client not arriving for an appointment. Instead of writing them off your waiting list and never seeing them again, you can investigate why they couldn’t come. Maybe they didn’t have transport or there may be some other things you have to do a bit extra for that client to enable them to get equitable treatment. These are examples you can put into place quite easily.

‘Another key takeaway for me, personally,  is that if you hear people being racist or stereotypical then you can step up and challenge those beliefs, not allow it to happen,’ Melissa says. ‘The training has been an eye-opener for me and challenged the way I look at things, particularly the gap in Aboriginal and Torres Strait Islander life expectancy and health and wellbeing, and what we can do, individually and collectively, to make a difference.’

The ‘Walking Together’ training course, which is expected to be held again this year to coincide with the FOCUS 2020 conference in Perth in May, explores a gamut of issues: starting with participants’ own beliefs and myths about Aboriginal people, it then follows through to exploring terminology, diversity and stereotyping before examining Aboriginal history, colonisation and genocide and the Stolen Generations.

‘Racism is the main reason that there is a gap in life expectancy for Aboriginal people; how that affects people when you are exposed to consistent intergenerational racism is that it causes post-traumatic stress disorder and ongoing mental health issues. Apart from that it causes physical illness, it raises blood pressure (they’ve done evidence-based trials and research in that), it increases anxiety and it leads to cardiovascular events, so you die earlier,’ Marilyn Morgan says.

‘The other research that has come out recently is by Lisa Whop; she has been working with Cancer Australia and she has just presented the research that there is a 25 per cent increase in cancer in Aboriginal people, which they now say is the result of racism. So there’s the racism of neglect, where you don’t get to see a doctor. If you do get to see a doctor you don’t get properly listened to, and if you are an Aboriginal person who needs a kidney transplant you’re 10 years longer on the waiting list than a non-Aboriginal person. So people make these judgements about what is good for you.’

Marilyn says that making physiotherapists aware that these are real problems and that they can make a difference by ‘being on the ball, by wanting to engage with Aboriginal clients and delivering appropriate, quality treatment they can contribute to Close The Gap’ in a very tangible way.

‘The purpose of the cultural awareness and safety training is to help bring the profession along, and the APA’s RAP [Reconciliation Action Plan] is the tool helping to do that. In the last few years AHPRA has moved to cultural safety competency to be able to be registered too,’ she says.

For Melissa, attending the training has helped her to examine the organisational and professional responsibility of implementing cultural safety measures in the workplace and shown her the importance of working towards culturally respectful systems where Aboriginal people experience better health, employment and personal outcomes.

‘The Aboriginal population generally has poorer health outcomes and poorer social statistics, so if they’re not getting access to services because it’s not culturally safe then we’re not going to help with those poor health statistics,’ Melissa says. ‘For me, the basic thing was just that hope for the future, to try and work towards equality, equity and get people out of that cyclic depression and just try to fight those poor health statistics.’

After relocating from the very bottom of South Australia to the top of the Northern Territory last month, Melissa is now settling in to her new role—and her new life in Nhulunbuy with her family. Her daughters will also soon start attending a local school. ‘I think it will be great to expose them to the Aboriginal culture more too,’ she says, adding that the family is also looking forward to many new camping and fishing adventures, as well as making the most of the spectacular scenery, in the Top End.