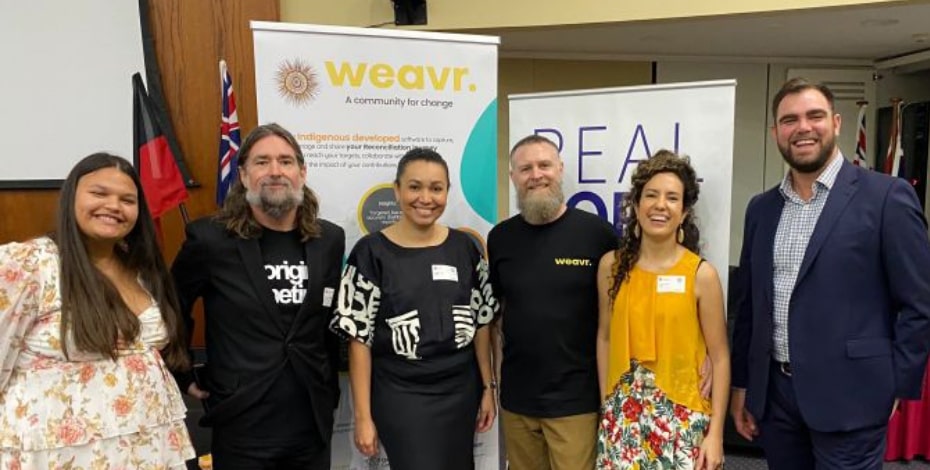 Weaving a management system for change

When Brisbane-based Indigenous software development company LOGiT was approached to develop a platform to manage Reconciliation strategies, the team jumped at the opportunity.

Reconciliation strategies, such as Reconciliation Action Plans or Indigenous Participation Plans, allow companies and organisations to thoroughly embed the principles and practice of Reconciliation and are becoming increasingly commonplace in Australia.

However, keeping on top of all the outcomes and deliverables can be difficult, particularly in larger organisations, says Kieran Shirey, a software developer and proud Biripi man whose company has developed an elegant software solution for managing Reconciliation strategies.

‘When Reconciliation strategies first started appearing within organisations, they were pretty simple.

'They could be managed by one or two people.

'They had some basic commitments about getting off the starting line, essentially,’ explains Kieran.

‘But they didn’t have the business-wide focus that they do these days, where they’re a core element of a business.

'They could be managed with emails, a couple of spreadsheets banged together, a few little charts in the spreadsheet and a few Word documents, and there—you’ve got a report.

'And that was a workable arrangement for quite a while, but it’s just grown exponentially, especially over the past few years.’

IT company LOGiT Australia, co-founded by Kieran and Colombian-Australian Natalia Florez, was approached early in 2020 by the CSIRO, MEGT (a national apprenticeship/traineeship organisation) and Advance Queensland (the Queensland Government’s innovation initiative) to come up with a way to manage Reconciliation strategies across an organisation.

The collaboration resulted in the development of weavr., a business management system that tracks both the quantitative aspects of Reconciliation, such as employment and procurement, and the qualitative storytelling aspects.

‘One of the key goals of Reconciliation is to embed Indigenous culture within an organisation’s culture, so that at all levels, whether it’s in the boardroom or on the worksites, Indigenous culture is at the forefront of decision-making rather than being an afterthought.

'When that happens, all of the other pieces tend to fall together,’ Kieran says.

The system weavr., which was launched at Queensland’s Parliament House in October 2021 after 18 months of workshopping and testing by the collaboration partners, is a dedicated tool allowing an organisation to import its RAP strategy and then track the key deliverables and outcomes from the plan.

It’s suitable for use by companies of any size, from small organisations to large multinationals, whether they are just starting on the Reconciliation journey or implementing their second or third strategy.

Key to the systems is a level of automation that assists with pulling relevant information directly from business unit contributors or from other HR and business management systems, including employment and procurement.

Because the information is all collected into a central system, it relieves some of the administrative burden of managing the Reconciliation strategy, making it much easier to share information across teams and across the organisation.

‘Right from the start we demystify the process, which is really a great help for these organisations.

'For the organisations at the start of their Reconciliation journey, we take away much of the uncertainty; we put them in a position where it becomes very clear how they’re going to achieve their deliverables,’ Kieran explains.

The whole set-up process, including user training, takes about five hours, he says.

The system then tracks targets, reminds users of questions they have been assigned to answer and basically keeps on top of everything that is happening over the lifetime of the Reconciliation strategy.

‘It’s about the users having a central place that they can come into and enter their team’s contributions to the overall Reconciliation DNA of the organisation,’ Kieran says.

Reports generated by weavr. provide a bird’s-eye view of how the strategy is unfolding over time, with detailed reports on specific trends and forecasts.

This can be broken down to focus on particular parts of the Reconciliation strategy, such as employment, procurement and cultural events, and a business with multiple offices or sites can track and forecast trends geographically too.

Kieran says, ‘The great thing about having a system is that you can all be on the same page.

'This opens up room for improvement.

'And without having this type of visual image in front of you, it can be quite difficult to identify where you can make some differences.’

There is also a feature in weavr. called ‘Songlines’ that allows organisations to nominate key milestones over the life of the strategy, building up a representation or Songline of the Reconciliation journey.

‘We can have up to a dozen milestones moments for each strategy that make up the Songline, a true representation of your journey.

‘It could be a great procurement with an Indigenous business, where that partnership went really well, or it could be a new trainee who’s really knocking it out of the park.

'It could be an event that one of the business units put on or attended.

'So organisations are able to nominate these and then they’re able to share them internally.’

Kieran says that the Songlines help to keep the momentum going and keep people excited and energised about the process, rather than feeling like it’s something cumbersome or an added difficulty in their daily lives.

They also encourage everyone within the organisation to keep raising the bar and expecting more of themselves.

‘Adding a new milestone to the Songlines is a great way for organisations to celebrate that they’re making progress; the journey just keeps going,’ he says.

It also demonstrates the levels of cultural sensitivity and care that have gone into the design of the software.

Kieran says that the collaborative design process involved a lot of listening and responding to the challenges faced by Indigenous leadership teams tasked with managing Reconciliation strategies.

And as an Indigenous software company, LOGiT also brought the lived experiences of the team to the process.

Since weavr. was launched last October, interest in implementing the system has been higher than Kieran and his team envisaged.

Small, large and multinational organisations, including the CSIRO, KPMG and the NBL, are using it to manage their Reconciliation strategy.

‘When these organisations switch it on and go live, it makes us feel so proud because you can hear the genuine excitement.

'It’s the first time they’ve ever seen data coming in from all areas of their business and they can view it live in their reports without having to do anything.

'It is gratifying and we can see how over the coming years it’s going to shape the industry and help the Reconciliation movement to accelerate.

'We are absolutely there for that journey,’ Kieran says.