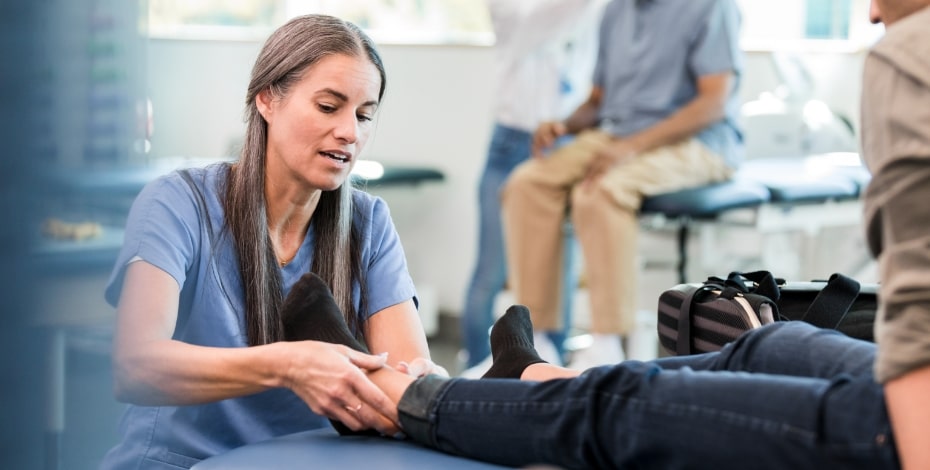 Achieving consensus on the definition of a Specialist Physiotherapist

Professor Louisa Remedios, Professor Barby Singer and Associate Professor Shaun O’Leary write about a research study that commenced in October 2021 aimed at achieving consensus on the definition of a Specialist Physiotherapist and the expected milestone level of achievement for each of the seven physiotherapy roles as defined in the APA’s Career Pathway Competency Framework (Version 6) (APA 2017).

In 2021, it was agreed that the term ‘Specialist Physiotherapist’ needed to be clearly defined in the physiotherapy context to effectively communicate their unique role in healthcare to a range of stakeholders, including physiotherapy students and practitioners, the public and consumers of physiotherapy expertise, other health professionals and health service providers.

Specialist Physiotherapists have previously been described in the literature as clinical experts with advanced clinical reasoning skills and capacity to treat the most complex patients who may be delayed in their return to optimal function (Bennett & Grant 2004, Carr & Shephard 1996).

The current challenge was to develop a single definition that is understandable to all stakeholders and is acceptable and endorsed by the profession.

Caution was needed to not unintentionally undermine the non-specialist physiotherapy practitioner who may also have advanced skills and knowledge.

It was not intended to suggest that a physiotherapist who is not a Specialist may not have expertise gained from years of practice or formal postgraduate qualifications, and is not capable of operating at a high level of clinical reasoning or competence.

Even the term ‘expert’, which the APA accepts as not necessarily implying the Specialist title, needs to be used with care, as indicated in a recent InMotion article (‘Adjectives in advertising’, April 2022, page 21).

The introduction of the APA’s Career Pathway Competency Framework (APA 2017) provided the profession with the opportunity to review the roles and standards expected of the Specialist Physiotherapist.

Within this framework, the physiotherapist is operating across seven roles: Physiotherapy Practitioner, Communicator, Collaborator, Leader, Health Advocate, Scholar and Professional.

There was previously no agreement on whether the Specialist Physiotherapist should be operating at milestone Level 4—that is, at the highest level of ‘expert’, across all seven roles.

If operating at milestone Level 4 competencies across all role domains, the Specialist Physiotherapist will be required to provide ‘vision and direction, and to shape and implement strategies and initiatives that enable others to perform as required’ (APA 2017).

This clearly positions the Specialist Physiotherapist as a leader and change agent, rather than exclusively as an expert clinical practitioner at an individual client level.

This is a new and ambitious characterisation of the Specialist Physiotherapist.

The APA and ACP agreed to examine two questions, with input from the physiotherapy profession, and from stakeholders in the healthcare sector:

These questions were addressed through an initial survey of APA members and a Delphi consensus process involving experts in physiotherapy education and other relevant stakeholders (from within and outside the physiotherapy profession).

In May 2021, APA members were invited to complete an online survey.

The survey was completed by 728 participants who were broadly representative of the membership.

A variety of descriptors were provided by respondents for the role of the Specialist Physiotherapist.

A content analysis was used to identify the most commonly mentioned descriptors, which were subsequently used to form ‘stimulus material’ for the Delphi consensus process.

The Delphi technique (Hsu & Sandford 2007) was chosen to develop consensus about the issues explored in the APA member survey.

Relevant stakeholders were identified by the research team and APA staff.

Sixty-six experts were invited to participate in the Delphi study and twenty-six participants completed round one.

The descriptors that reached consensus with greater than 70 per cent agreement on ‘should be included’ were additional training, clinical expertise, high-level clinical reasoning and evidence-based practice.

The research team developed these descriptors into a number of proposed definitions for consideration in round two of the Delphi study.

Participants from round one also made recommendations on the milestone level(s) that Specialist Physiotherapists should function at for the seven roles of the physiotherapist as outlined in the APA’s Competence Framework (APA 2017).

In this round, four of the seven roles (Physiotherapy Practitioner, Communicator, Collaborator and Professional) reached consensus (set at 70 per cent and above) that Specialist Physiothearpists should operate at milestone Level 4 (Expert) while consensus was not achieved for three roles (Leader, Health Advocate and Scholar).

In round two, 19 individuals participated in the selection of their preferred definitions for the Specialist Physiotherapist and 74 per cent agreed that the Scholar role should operate at milestone Level 4.

While both the Health Advocate and Leader did not reach the predetermined level for consensus, they were both considered by a majority (>50 per cent but <70 per cent) to be required to be at milestone Level 4.

The final stage of the process was to provide a report on the research process and outcomes to the ACP’s College Council, offering three final definitions for consideration.

The following final wording was agreed upon:

‘A Specialist Physiotherapist, as awarded by the Australian College of Physiotherapists, has completed additional training in a field of physiotherapy and has attained the highest level of skill, clinical reasoning and evidence-based practice to provide expert care.’

The defintion is not intended to imply that a Specialist does not need to continue to develop their knowledge and skills.

The APA’s Career Pathway is acknowledged as a lifelong learning process.

College Council also agreed that the level of achievement expected of a Specialist Physiotherapist should be milestone 4 (Expert) across all seven role domains set out in the APA’s Career Pathway Competence Framework (APA 2017).

However, it was noted that some of the wording of the descriptors for the enabling competencies (which are intended as illustrative examples) might need to be adjusted to accommodate the diverse nature of Specialist Physiotherapist careers.

A working group has been tasked with reviewing the milestone Level 4 competency descriptors, with a focus on the role domains Leader and Health Advocate, although all enabling competencies will be considered.

This group is expected to complete the revision of the APA’s Competence Framework by mid-year and version 7 will then be widely promoted within the profession.

>> Barby Singer FACP is a Professor in the School of Medical and Health Sciences at Edith Cowan University in Western Australia and co-Vice President of the Australian College of Physiotherapists.

>> Associate Professor Shaun O’Leary FACP is a Clinical Academic in Physiotherapy between the School of Health and Rehabilitation Sciences at the University of Queensland and the Royal Brisbane and Women’s Hospital Physiotherapy Department. 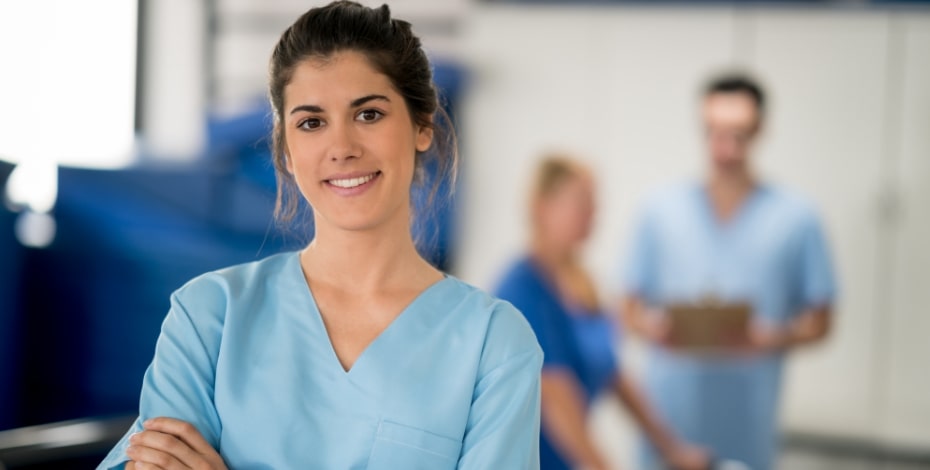 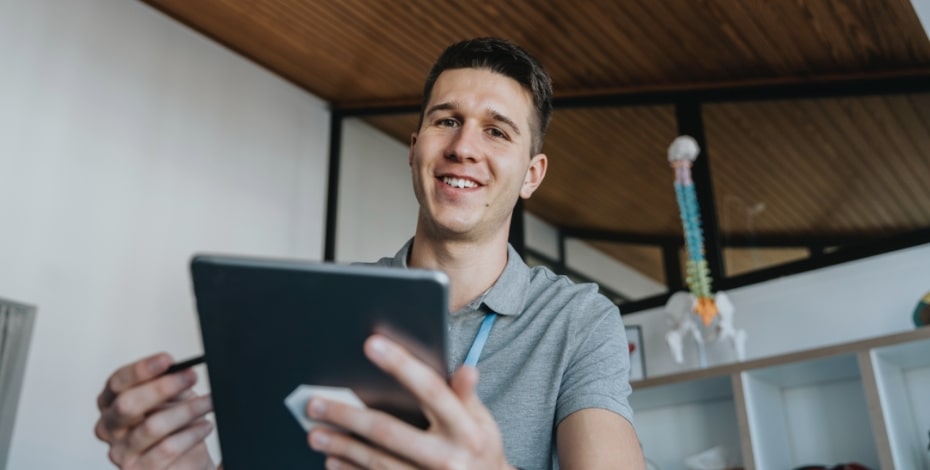 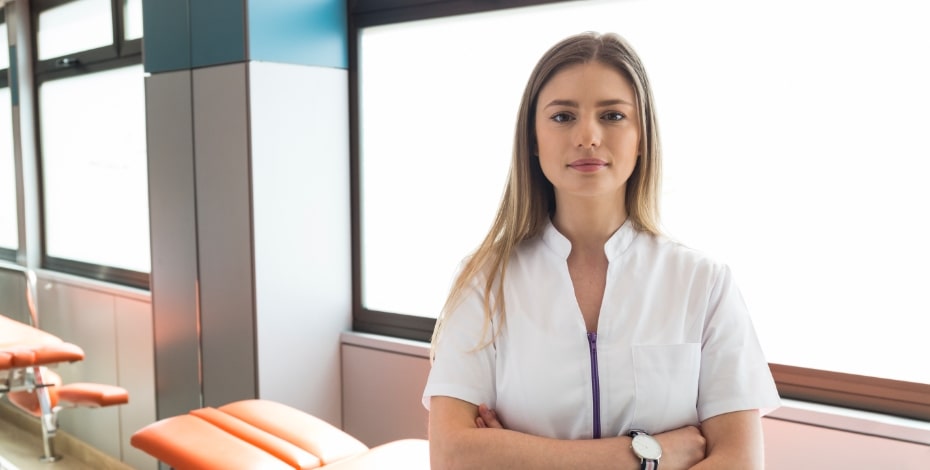