APA websites
Home » Enquiring mind behind research of the brain 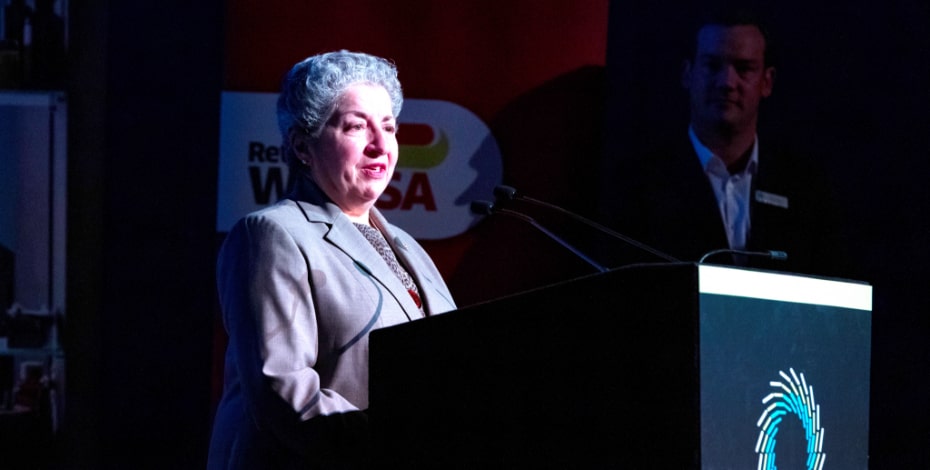 Enquiring mind behind research of the brain

Throughout her career and her life, Mary Galea has had a passion for learning. Her thirst for knowledge has seen her break down barriers and help create pathways where there were none. The doyen of the profession who was recently named an Honoured Member of the APA.

It was during a stint in a spinal cord injury centre in the US that the delineation between the haves and the have-nots of the American healthcare system presented itself with astonishing clarity to a young Mary Galea. While completing her postgraduate diploma in physiotherapy through the then-Lincoln Institute of Health Sciences (now La Trobe University in Melbourne), Mary won a scholarship to undertake clinical placement in the US and she soon found herself at the Rocky Mountains Regional Spinal Cord Injury Center in Denver, Colorado.

Although at the centre for only a short time, Mary worked with two patients who were of a similar age and had been in accidents that had put them in a wheelchair. But what the patients didn’t share was their level of healthcare insurance—and the stark differences between the provision of ambulatory aides care each man received made a lasting impression on the young Mary.

‘That was a big eye-opener. It was a very big private institution which had absolutely everything you could want. We didn’t have the same sort of resources here in Australia. They had everything in terms of equipment, a gym, they even had a recreational therapist,’ Mary says. ‘But what it highlighted to me was the disparity in terms of how people were treated depending on how wealthy they were, and this has really stuck in my mind since then.

‘There was a young man who had had a car accident, I think he was a chiropractor, and he was in his early 40s. He had the highest level of insurance, and when he was discharged he had two types of wheelchairs—an ordinary wheelchair and a sporting wheelchair. He also had a functional electrical stimulation cycling outfit that he could take with him, and he had his car adapted so that he could drive.

‘At the same time, there was another man also in his 40s, he was married with four children, and he was on the lowest level of insurance. He was not even given a wheelchair, he had to buy his own wheelchair—and I was so stunned by that.

'I couldn’t believe that he was going to be sent home without a wheelchair unless he could find the money to pay for it. Anyway, that stayed in my mind and I feel that in healthcare we really need to be treating patients equally, we can’t have the rich and the poor. That was a big lesson I learnt there.’ She was also intrigued by the use of functional electrical stimulation to stimulate muscles below the level of injury, which was available in the US but not elsewhere.'

The experience of working in the spinal cord injury unit and the head injury unit at various locations in the US built on Mary’s early passion for neurology physiotherapy.

She began to pursue research after first working rotations through the wards at The Alfred Hospital in Melbourne during her final year of the diploma. During her second year at The Alfred, Mary worked primarily in the neurology unit, amused to find herself in charge of final-year physiotherapy students who were barely much younger than she was.

‘Very early on I realised that I was interested in neurology, that was really what I enjoyed doing more than anything. I really didn’t enjoy cardiorespiratory physiotherapy, it just wasn’t my thing,’ Mary says.

‘I was much more interested in the brain; I was always quite fascinated by what happened to people when they had injury to their nervous system and how they got better. That was always, I suppose, a source of incredible interest to me.’

Mary says she found it frustrating being unable to pursue further physiotherapy studies because, unlike the sciences, there were no honours or postgraduate courses in existence at that time.

‘We really didn’t have the pathway. I was very interested in getting together with others to learn, and the APA, at that stage, didn’t really have special interest groups,’ Mary says.

‘So, I certainly was there at the beginning of the APA Neurology special interest group, which we started in Victoria. At that stage, every state did their own thing because the APA wasn’t a national body then. I became the president and the secretary … and we ran some continuing education programs and held lectures. I was keen on all of that because I really was very motivated to learn.’

Mary travelled overseas to the UK but found working there was not at the high standard she’d experienced in Australia so she returned home after six months. By this time, the Lincoln Institute of Health Sciences had was offering a degree in applied sciences. Mary enrolled and added a year on to her diploma to turn it into a degree.

‘That was a big milestone. It was in the late ’70s and was really important for the profession in Victoria. Queensland already had a degree but elsewhere it was a diploma. Looking back now, having only the diploma really prevented us doing a lot of further education,’ Mary says.

After her trip to the US, where she was shocked by the treatment of her spinal cord-injured patients, Mary began to pursue her passion for research with vigour, something she continues to do to this day.

‘When I got back home, the big issue for me became how do we measure what we do? Because at the time, we didn’t have outcome measures that we now use routinely. We had our own clinical impressions. We really didn’t use standardised tests. I’m going back a long time, but in those days the standardised tests available now were only starting to be developed,’ she says.

Mary became head physiotherapist at The Royal Talbot Rehabilitation Centre (now part of Austin Health) and concurrently began to study a masters preliminary course in statistics and research design at the Lincoln Institute.

‘But then I decided that I really couldn’t go along with doing a masters because there was no one really there who could supervise what I wanted to do—we had no physiotherapists who had higher degrees,’ Mary says.

‘We had psychologists with PhDs and we had people from other professions with PhDs, but none in our own.

'So I decided that before I try and find out what we can do as physiotherapists, I need to understand the brain a bit better and what the brain can do, and that’s when I decided to enquire about a PhD. So I went along to the Department of Anatomy at The University of Melbourne and met Professor Ian Darian Smith who invited me to do a PhD.’

Mary studied the organisation of the brain’s motor system by tracing the corticospinal pathways using fluorescent tracers in normal and injured animals spent countless hours cutting and preparing brain tissue samples to view under the microscope. ‘I spent hours at the microscope. I mean hours and hours, and I was in awe of the beauty and organisation of the neurons I was tracing. This work contributed to understanding of the organisation and development of these pathways and their recovery from injury, and laid the foundation for later studies of the effects of exercise on the nervous system after. Injury.’

On being appointed to the new School of Physiotherapy at the University of Melbourne, Mary built research capacity by fostering research in many different areas of physiotherapy—neurological, paediatrics, musculoskeletal, and women’s health—as well as outside the discipline in basic science and engineering.

Mary, who became a member of the APA as soon as she was able to sign up, is now internationally recognised for her pioneering work in spinal cord injury and rehabilitative interventions. Throughout her long-spanning career, Mary has accumulated an extensive list of achievements and accolades, too numerous to list in their entirely here.

Among many other things, Mary is a Professorial Fellow at the University of Melbourne’s Department of Medicine at the Royal Melbourne Hospital and Academic Director of the Australian Rehabilitation Research Centre. She was Foundation Professor of Clinical Physiotherapy and Director of the Rehabilitation Sciences Research Centre at the University of Melbourne and Austin Health.

In 2009, Mary led a five-year ‘Spinal cord injury & physical activity’ program funded by the Victorian Neurotrauma Initiative, and designed to examine the impact of exercise in spinal cord rehabilitation. This was the first major grant for spinal cord injury rehabilitation research. Seven spinal units across Australia and New Zealand collaborated for the first time in randomised controlled clinical trials of novel rehabilitation strategies, including functional electrical stimulation, directed at neuromuscular activation of the limbs below the level of injury.

She has served as Chair of the Editorial Board of the then Australian Journal of Physiotherapy, and the Grants Review Committee of the Physiotherapy Research Foundation.

She was named a Member of the Order of Australia (AM) in 2019 for ‘significant service to medical education in the field of clinical physiotherapy, and to professional associations’—the very same year she was named an Honoured Member of the APA.

‘It’s always very nice to have the recognition—the recognition from the profession has been nice, the award of an Order of Australia has been nice. But these are not things I’ve ever sought, they just sort of happened,’ Mary says.

‘I am very proud of the fact that even though I didn’t seek this, and I certainly didn’t want it, the fact that I was able to get research started in the profession and tried to help set up or help nurture a few research groups in areas that were different to mine.

'That wasn’t easy either, and it really took me away from the sort of things that I wanted to do and found more interesting. But in the end, I learnt from everything. I learnt from all the experiences. It’s not so much achievement but the fact that you can always learn from every situation. And that you are able to finish something; accomplishing something is enough, I think.’ 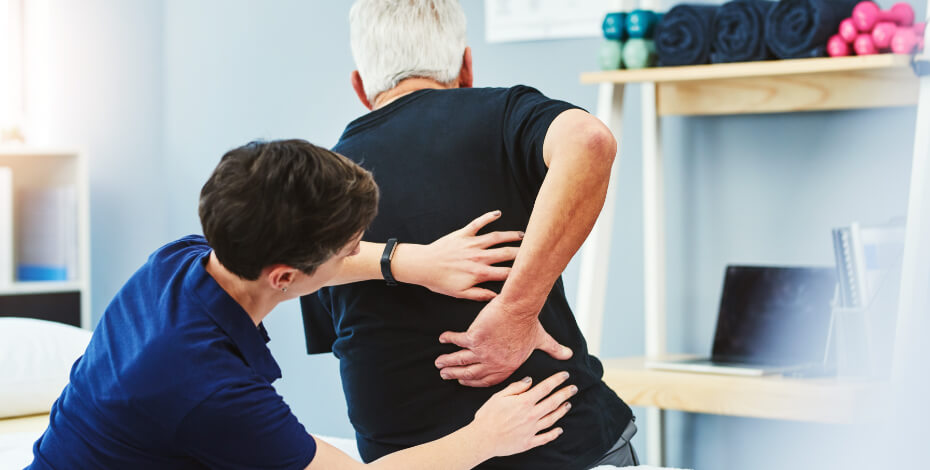