APA websites
Home » Physios get behind Close the Gap 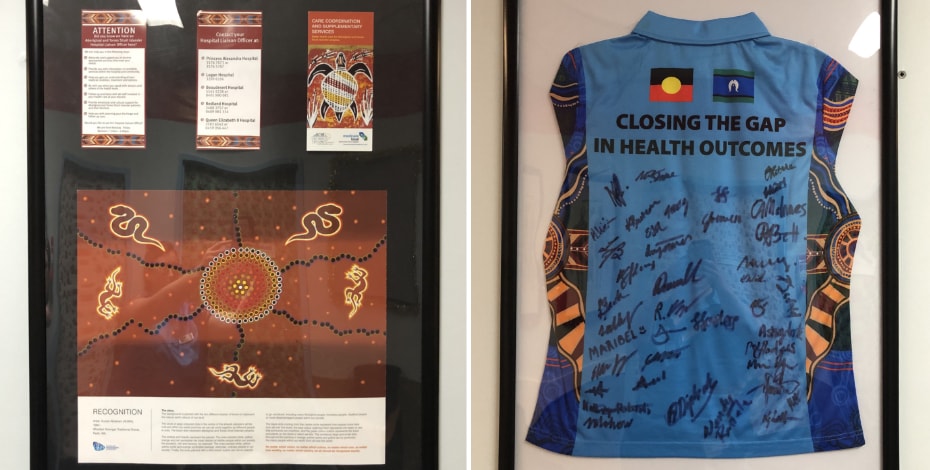 Physios get behind Close the Gap

Taking the words ‘Reconciliation’ and ‘Closing the Gap’ off the page and embedding them into practice is the mission of a new working party at Logan Hospital in Queensland, reports Melissa Mitchell ahead of Close the Gap Day this month.

Hanging on the wall in the outpatient waiting area of the physiotherapy department at Logan Hospital is a framed Closing the Gap jersey, covered in the signatures of staff. The jersey hangs next to a framed copy of the APA’s Innovate Reconciliation Action Plan (2017– 2019)—and it’s all by design that the two pieces sit side-by-side. It sends a clear signal to patients that they are in a culturally safe and responsive space, and it serves as a reminder to all staff of the importance of enhancing their cultural capability in day-to-day practice.

Taking the words ‘Reconciliation’ and ‘Closing the Gap’ off the page and embedding them into practice is the mission of a new working party at Logan Hospital in Queensland, reports Melissa Mitchell ahead of Close the Gap Day this month.

The visuals were the brainchild of the hospital’s physiotherapy representatives of the fledgling Closing the Gap Working Party, which formed in January 2018 with a coming together of the hospital’s Aboriginal and Torres Strait Islander hospital liaison officers (HLO), cultural capability officers and other passionate staff members across many disciplines including physiotherapy, occupational therapy and nursing. Now numbering 20, the working party began with a vision shared by surgical nursing clinical facilitator Shelley Haydon and cultural capability officer Charlie Waters to improve the health outcomes for Aboriginal and Torres Strait Islander patients at Logan Hospital.

Department entitled ‘Physiotherapy and Closing the Gap 2017’ and, together with Charlie Waters, invited the hospital’s Aboriginal and Torres Strait Islander HLOs and her peers to attend. Numbered among the attendees was fellow physiotherapist Nicola Rogers, APAM, who grew up in rural New South Wales and witnessed the ongoing inequity and intergenerational effects of colonisation first- hand. Inspired by all she learned during the in- service, Nicola put up her hand to join Charlie and Shelley together with Rachael to form the hospital’s Closing the Gap Working Party.

‘It’s not really a committee where your department tells you to go, you’ve really got to express interest and that’s how people become involved,’ Rachael says. ‘We develop ideas at each meeting about the different events that are coming up throughout the year, and different ideas that we have to make the workplace and health service more culturally safe and responsive.

‘We’ve all got ideas and are passionate about the same topic, so when we meet up we just sort of bounce off each other and there’s a lot of energy, and that’s where it snowballed from,’ Rachael says. Adds Nicola: ‘Rachael and I believe strongly in building from the ground up, so we are always seeking feedback from our colleagues and taking their ideas back to the working party to see how we can progress them.’

In just 12 months, the working party grew to incorporate other health professionals and members of the Health Equity and Access Team, and it is now chaired by the Metro South Aboriginal and Torres Strait Islander district coordinator Ashley Currie. Logan, a city south of Brisbane, has a sizeable Aboriginal and Torres Strait Islander population, with figures from the 2016 Census showing its Indigenous population has a particularly high number of young women.

Ensuring they meet the needs of the Aboriginal and Torres Strait Islander and non-Aboriginal and Torres Strait Islander patients as well as engage hospital staff across all disciplines to develop and implement culturally safe practices has been the driving force behind the working party. And underpinning the party’s activities is the ethos that events should be educational, effective and engaging. To begin this process, the working party organised a hospital-wide staff art competition to mark Close the Gap Day last year. The working party challenged staff to demonstrate what Close the Gap meant to them, and approximately 18 staff submissions including sculptures, paintings and drawings were received for the competition. These works now remain on display throughout the hospital.

A mini photo booth was also set up for staff to have their photograph taken and then have an Indigenous artwork digitally layered across the print. A total of 280 staff lined up for the photo booth and signed the images to pledge their commitment to Close the Gap.

‘Even if all staff didn’t participate in the art competition, a lot of people knew about it and it started conversations, which is the whole idea,’ Rachael says. ‘Participants didn’t have to produce Indigenous artwork necessarily, it was just within your own culture how you would express how you are going to try to Close the Gap in your working day.’

To mark NAIDOC Week last year, the work of Aboriginal and Torres Strait Islander female staff members were celebrated through the creation of posters about their role in the hospital. Adopting NAIDOC Week’s 2018 theme of ‘Because of her, we can’, the posters were then displayed all around the hospital to create awareness. ‘We wanted to really highlight them and celebrate the amazing work that they do each day, and raise awareness of the Indigenous population in our workforce— physiotherapists, nurses, administration officers, and more,’ Rachael says.

One of the working party’s initiatives included producing Closing the Gap shirts for staff to wear in the hospital’s physiotherapy department. The unique light blue shirts, which feature panels of Indigenous artwork on the sleeve and ‘Closing the Gap in health outcomes’ emblazoned across the back above Aboriginal and Torres Strait Islander flag patches, have been hugely popular among staff, Nicola says.

‘I think we’ve given about 60 out in our department … we wear that as part of our work uniform,’ Nicola says. ‘It’s a really simple step but we have had so much feedback from them. The idea behind it, is that we’re more approachable for the Indigenous patients and families coming to the hospital. If they’re seeing staff wearing the shirts, then that helps to create a more culturally safe environment.’

‘We have embedded information regarding our department’s commitment to Close the Gap in their orientation documents as well as developed infographic posters as part of the student orientation package that has specific information for them,’ Nicola says.

‘Then the final step is bridging the gap between the in-services we have delivered and the resources that we have given people, and supporting our staff with specific situations.’

Working party members also keep their ear to the ground and touch base with staff who have a complex patient requiring additional support, and vice versa. This two-way open communication approach allows for the right support to be delivered when it is most needed and identifying areas for improvement in the future.

‘We provide staff with culturally appropriate resources. We’ve sourced a lot of Aboriginal and Torres Strait Islander handouts related to things like falls and stroke, cardiac rehabilitation and cardiorespiratory conditions. We also encourage staff to utilise the HLOs wherever possible. If they feel they need further support, I can organise a time to do a joint session that facilitates physiotherapy-specific cultural capability in the clinical setting,’ Nicola says.

Both Rachael and Nicola say the key to the success of the working party and its activities lies in harnessing the passion of existing staff in the workplace. The ideas, the motivation and the determination to succeed is ready to be tapped into, they say, it just needs to be identified and unified. Already the success of the working party is being noticed in Queensland’s health sector more broadly, with several other public hospitals expressing interest in setting up similar models in their workplaces.

As she transitions from new graduate physiotherapist to a more experienced practitioner, Nicola says her focus has broadened from the patient in front of her to more of a cohort focus. ‘You start to focus on where you can begin to influence change on a bigger scale. And I feel that this [working party] is an avenue to start that, which I really love.’

Similarly, Rachael says knowing that she and her colleagues can improve the patient experience of healthcare and aim to achieve better health outcomes for the Aboriginal and Torres Strait Islander population is rewarding.

‘I had an elderly patient who really needed physiotherapy follow up because he was having regular falls, and I probably spent more than an hour with him trying to work out what service I could refer to in the community that he felt culturally safe with,’ she says.

‘So from that we identified that every physiotherapist is not going to be able to put in that time and effort; it was time to make a formal referral pathway so that the next time someone comes in who needs care specifically from Aboriginal medical services, we have an established pathway into the community, and hopefully help the patient to have a better outcome.’

When Close the Gap Day arrives this month on 21 March, the working party will again be ensuring that whatever event they run at the hospital will be interactive and engaging, while taking into account the everyday clinical demands staff still need to meet in the hospital setting.

What are you doing to help Close the Gap? Email inmotion@australian.physio and let us know. Click here to find out more on the APA’s commitment to change. 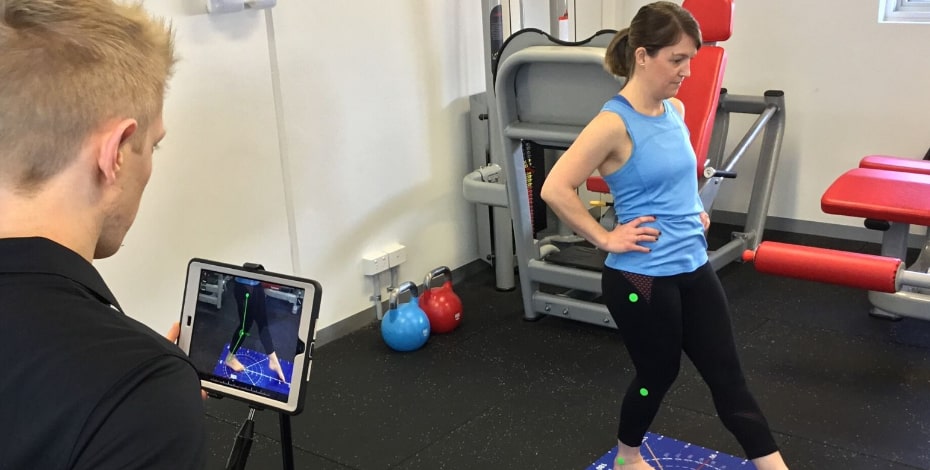