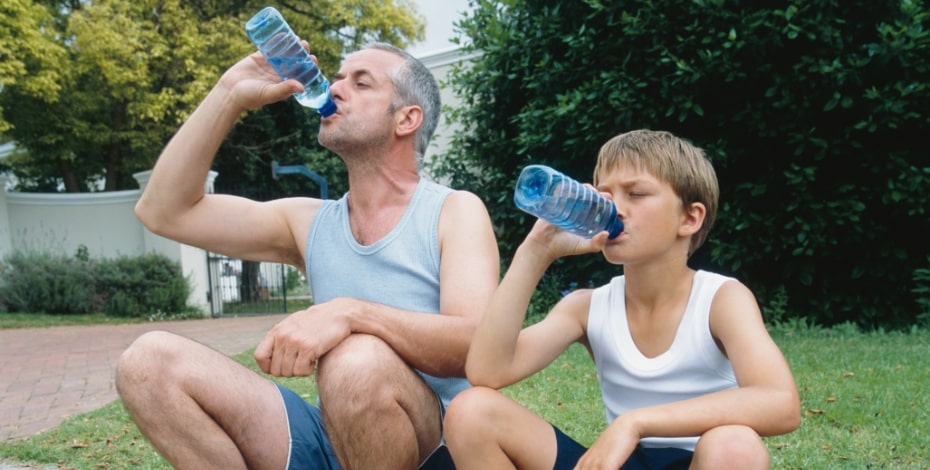 A 2015 Cochrane review (Anderson et al 2015) demonstrated that although several clinical trials produced better continence outcomes compared to controls, others did not and overall there was insufficient evidence that pelvic floor muscle training was effective for the management of post-prostatectomy incontinence.

A recent meta-analysis sought to identify features of the programs that led to more successful patient outcomes (Hall et al 2020).

This has been supported by a recent Australian clinical trial, which demonstrated better continence and quality of life outcomes for men who underwent a preoperative pelvic floor muscle training program, which included ultrasound biofeedback and urethral cues, than for men who did not (Milios et al 2020).

2. Bedwetting is more likely to affect boys than girls

Bedwetting, also known as nocturnal enuresis, can often be embarrassing for the affected child and distressing for the child’s carers. Persistent bedwetting may be caused by nocturnal polyuria, reduced bladder capacity or an overactive bladder.

Fortunately, once children reach adolescence, these gender differences seem to diminish, with a general prevalence of 2.3 per cent across the whole population from age 16 onwards (Bower 2015).

Persistent bedwetting beyond the age of seven years is due to a combination of factors.

A boy may wet the bed because his body continues to produce large volumes of urine at night (nocturnal polyuria) or if he has a reduced bladder capacity or overactive bladder.

Wetting will occur if the brain is unable to be adequately aroused by bladder signals, resulting in the bladder emptying without awareness while the child is still sleeping.

Bedwetting alarms should be offered as first-line treatment to all children and adolescents with bedwetting.

The use of alarms requires long-term commitment from both the young person and their carers; however, they have been shown to have high long-term success rates (National Clinical Guideline Centre 2010).

Urinary urgency is ‘a sudden, compelling desire to pass urine which is difficult to defer’ (International Continence Society 2015).

It may occur due to an enlarged prostate gland, after a prostatectomy or as a symptom of an overactive bladder.

There are a number of treatments that can assist, including bladder retraining, simple lifestyle modifications, pelvic floor exercises, electrical stimulation for neuromodulation and medication.

The goal of bladder retraining is to increase the time between voids, starting with five minutes at first. Simple strategies include:

Other lifestyle changes include trying to store more urine in the bladder, maintaining appropriate fluid intake (1.5 litres of water per day) and moderating bladder irritants such as caffeine and alcohol.

Through these options, men can reduce their symptoms and find ways to maintain and improve quality of life. 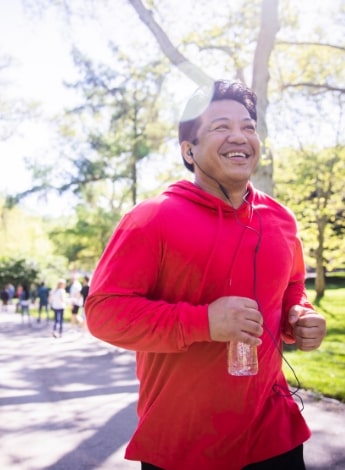 Symptoms of erectile dysfunction in men may be significantly improved by aerobic exercise of moderate to vigorous intensity.

Achieving an erection involves a number of key processes, two of which are adequate blood flow into the penis and pelvic floor strength to maintain blood in the penis (Duca et al 2019).

Aerobic exercise at a moderate to vigorous intensity has shown a significant improvement in ED measures and is considered a first-line treatment for non-surgical-related ED (Silva et al 2017).

5. Personalised intervention may lead to improvements in persistent pelvic pain in men

Chronic prostatitis/chronic pelvic pain syndrome is characterised by pelvic pain lasting longer than 3 months and is often associated with symptoms of the lower urinary tract and sexual dysfunction.

It is the most common urologic condition in men under 50, with a mean prevalence of 8.2 per cent.

For many years, prostatitis and urinary tract bacterial infection had been considered the major causes of male pelvic pain and this has delayed a more biopsychosocial approach to the condition.

Treatment of these patients remains a challenge due to diverse clinical signs and domains/phenotypes.

Click here for an infographic poster version of this article.

>> David Cowley, APAM, is the Men’s Health Clinical Stream Leader at Active Rehabilitation Physiotherapy in South Brisbane. He is also undertaking a PhD in how posture, breathing, surgery and electrical stimulation influence pelvic floor muscle anatomy and function in men at the University of Queensland with Paul Hodges and Ryan Stafford.

>> Jason Crow, APAM, graduated from the University of Queensland in 2009 and has developed a keen interest in men’s health and continence. Jason provides pelvic floor rehabilitation for men, including prostatectomy preoperative and postoperative assessment and treatment. He is the current APA national chair of the Women’s, Men’s and Pelvic Health group.

>> Thomas Harris, APAM, is a physiotherapist with extensive interests in men’s health. He is the clinical manager at Target Physio in Brisbane, runs menshealth.physio, is a research assistant on the MaTch UP trial at the University of Queensland and is completing postgraduate study in exercise medicine (oncology) at Edith Cowan University.

>> Alexandra Diggles, APAM, is an advanced practice physiotherapist working in private practice in Brisbane and a visiting lecturer at the Australian Catholic University. She is a registrar of the Australian College of Physiotherapists, becoming a titled member in 2017. She has a keen interest in researching and promoting the role of multidisciplinary care for endometriosis management.